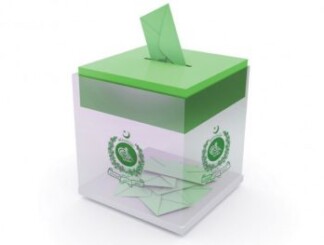 KARACHI: There will be no polling on May 11 in Sindh prisons because the prisoners, like inmates all over the country, have already cast their vote through postal ballot.

According to a source in the Karachi Central Jail, there has never been any regular polling in any of the country’s prisons except for referendums.

So this time as well, the prisoners interested in voting in the province’s 24 jails have already sent in the names of their choice of candidates to the Election Commission of Pakistan (ECP) by post.

“Regular polling is not practical for prisons due to security issues. All prisoners in a jail do not belong to the same areas as they hail from different parts of the country or province. Registering them with one polling station on the jail premises is not possible,” said Mohammad Najeeb, ECP director general in Sindh, while speaking to Dawn on Wednesday.

“So there is the facility of voting through postal ballot for the prisoners interested in voting. They were informed about the procedure and invited to apply for it by April 25,” he said.

“The procedure involves applying on time through the respective jail superintendent. If the papers are in order and the prisoner’s polling station is verified, the returning officer at the other end will then send back the ballot paper to the voter,” the official explained.

“Mind you, this ballot paper is not like the regular ballot paper. It has no names of symbols of candidates. Instead the voter is to write down who he wants to vote for in his constituency on it before handing it to his jail superintendent to be mailed off to the prisoner’s area returning officer,” he said.

The facility of postal ballot, according to the ECP official, has also been availed by Army and security personnel, government employees and polling staff who have to be on duty at some polling station or the other on the day of election and cannot take time off to cast vote themselves.