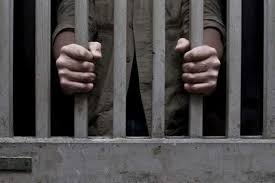 PESHAWAR: The police on Tuesday arrested the principal accused in the murder case of a journalist after the court dismissed his pre-arrest bail application.He had been absconder in the case since long.

The University Campus Police arrested the main accused Sohail Khan after the District and Sessions Judge of Peshawar, Muhammad Younas, dismissed his bail before arrest application.

He was the accused in the murder case of young journalist Mansoor Khan. The accused persons had attacked the journalist with acid at the University of Peshawar campus. Mansoor Khan had received severe burn injuries and had expired after fighting for life for several days at the Khyber Teaching Hospital.

Mansoor Khan’s brother Manzoor Khan said the murder was committed in 1990 and the accused has come into the custody of the police after a wait of 28 years. He said his family was hoping that the police would show no further complacency in the case and the joint investigation team would ensure that justice is done.

As per the previous order in the case, the trial court had declared Sohail Khan proclaimed offender on June 9, 1996 after he remained an absconder in the case.

“From the case file it was revealed that statements already recorded by the resident magistrate Peshawar indicate that a strong prima facie case has been made out against the absconding accused Sohail,” the order stated.

It added that the perpetual non-bailable arrest warrants had been issued against the absconding accused and the case file was to be kept intact till the arrest of the accused.

As per the order of the District and Sessions Judge, Muhammad Younas, the petitioner Sohail Khan, son of Junaid Khan, a resident of Bala Barmandkhel, Peshawar, sought a pre-arrest bail in the First Information Report of the case registered on June 27, 1990, under Sections 302, 449/34 Pakistan Penal Code at University Campus Police Station in Peshawar.

It said the allegations against the accused are that on June 27, 1990, the accused Sohail Khan along with an unknown co-accused in furtherance of their common intention committed the murder of Mansoor Ahmad by hitting him on his head and also throwing acid on his body.

Mansoor Khan was the staff reporter of Daily The Democrat. He had also worked for The Frontier Post, Peshawar. He also remained associated with the Peshawar Bureau of the daily The Muslim. He was a promising journalist who did some work for the foreign media as well.