Prime Minister’s aide says no ban, but ‘code of conduct’ must for social media. 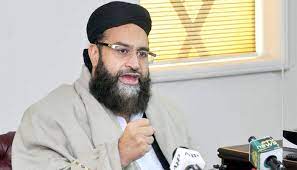 Special Assistant to Prime Minister on Interfaith Harmony and Middle East Affairs Hafiz Tahir Mehmood Ashrafi on Thursday said that blasphemy laws were not being misused anywhere in Pakistan.

Talking to scholars and leaders of different schools of thought, he said that the believers of all sects and religions respected the sacredness of Holy Prophet Muhammad (peace be upon him). He said that the young generation should be made aware of the true teachings of Islam through modern media.

He said that anti-Islamic and anti-Pakistan forces used social media to create chaos in Pakistan. He said that he did not support any ban on the social media but a code of conduct should be formulated in that regard. He said that a meeting of leaders and representatives of sects and religions had been convened in Lahore on May 30 with the aim to create complete harmony and brotherhood.