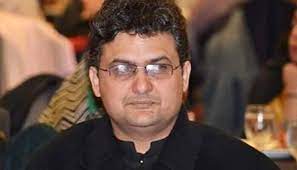 ISLAMABAD: Senate Standing Committee on Information and Broadcasting Chairman Faisal Javed Khan said in categorical terms that Prime Minister Imran Khan would never put curbs of any kind on the freedom of speech and press.

In a statement Monday issued here, he clarified his committee’s position and said the committee would give its response once the Pakistan Media Development Authority (PMDA) draft was presented to it. “The PMDA bill has not been before our committee so far,” he noted.

He said the Standing Committee is a legislative forum – it can comment on the legislation – so far only the concept paper has been shown. He added that all the stakeholders are being invited to the next meeting of the committee. “We have informed the information ministry of our response and recommendations. Many technical questions have been raised on PMDA. Aren’t many of the good goals that are included in the PMDA possible without this integration,” he asked.

Senator Faisal, however, said, “Fake news is a big issue – it is necessary to try to prevent it. Therefore, steps have to be taken to strengthen libel laws and resolve cases soon while regulating social media is need of the hour”. “We want all journalist organizations, media workers’ opinions and suggestions to be brought to the fore. Everyone must work together for the promotion of freedom of press and development of media,” he contended. He also said the good things of PMDA should be appreciated and flexibility should be shown for improvement. He urged for early presentation of the draft so that the committee could give its formal response.