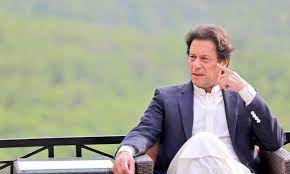 Secretary Establishment Division Afzal Latif has taken notice against Hammad Shamimi, Senior Joint Secretary Cabinet Division for his alleged remarks against the PTI on social media. He also issued a charge sheet against Shamimi and directed Director General FIA Sana Ullah Abbasi to hold inquiry against the bureaucrat. He also directed the FIA to complete the inquiry within 60 days and file a report.

In his comments, Shamimi had drawn similarities between PTI and Taliban govts

According to the directives, the inquiry officer shall submit inquiry report to the Authority within seven days of the completion of the inquiry with clear findings as to whether the charge or charges have been proved or not proved and with specific recommendations regarding exoneration or imposition of minor or major penalty or penalties upon the accused officer. It is to be mentioned here that Hammad Shamimi had said in his comments on social media that one similarity between the PTI and Afghan Taliban is that both are wondering how to run the government after coming into power. The Establishment Division has also barred the civil servants from expressing views on social media.