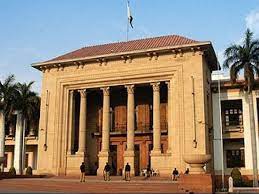 LAHORE – Punjab Assembly Press Gallery Committee on Wednesday staged a walkout of the Punjab Assembly proceedings to express solidarity with the 17000 sacked employees from various Federal government departments including the Associated Press of Pakistan.

Speaking on the occasion, President Punjab Press Gallery Committee Afzaal Talib demanded of the government to ensure restoration of the services of the sacked employees to save them from injustice and unemployment. Representing sacked emloyees Naeem Niazi said that the unfortunate, erroneous judgement by Honorable Justice Retd Mushir Alam had passed an absurd judgement without listening to the affected employees. He said the judgment termed the Act of the Parliament as absurd which reflected the biased approach of the judge.

President LPC Arshad Ansari said it was unfortunate that the government had failed to protect the rights of the employees although it had entered the power corridors with the solgan to give 10 million jobs to Pakistanis. He said the parliament was superior to judiciary and sacking of the Act of Parliament was unfortunate, adding that the government should assert itself and restore the 17000 sacked employees through an ordinance. He urged Speaker Punjab Assembly and Punjab Government Spokesman, Fayyaz ul Hasan Chohan to urge the Federal government to save the sacked emotes from starvation and suicide.

Spokesperson Fayaz ul Hasan Chohan said the government was concerned on the sacking of employees in such a large numbers, adding that the Federal government had already filed a review petition in the honorable Supreme Court of Pakistan. On the assurance of the Minister, the journalists ended their boycott.