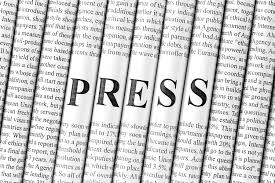 BY all appearances, the significant decline in journalist killings around the world this year — the lowest level it has been in 20 years — is an encouraging development. However, as highlighted in a recent statement by the International Press Institute, this is little more than a hollow victory when seen in the context of emerging trends in the news media today.

The IPI has expressed concerns that the drop in the number of journalists murdered in 2019 — 47 killings, as compared to 79 the year before — is, in fact, likely the direct result of an increasing use of non-lethal intimidatory tactics to attack independent journalists.

Arrests and newsroom raids from countries with authoritarian governments such as Egypt and Turkey to ostensibly open democracies such as Australia; populist rhetoric and vilification campaigns against journalists in Brazil, Pakistan and the Philippines; oppressive laws enacted in the name of national security but abused to suppress information in Nigeria and Singapore — these are just some of ways in which press censorship has evolved.

The current global press crisis should alarm all those who seek free and open societies, as it is also a manifestation of the deeper danger to democracy.

The very tools by which polities can be empowered to hold their leaders accountable — media platforms, justice systems and access to more data than ever before — have been weaponised by the latter to strong-arm the press into subservience. And this campaign does not stop at targeting journalism alone.

In Pakistan, one need only witness how such tactics are being extended to harass and undermine NGO workers, rights activists, academics and vulnerable minority groups — even relatively powerful individuals such as members of the judiciary and the political opposition. Going into 2020, matters are unlikely to improve. If this authoritarian ascent is to be arrested, it will require every ounce of resolve from today’s embattled journalists to lead the way for others — to read, write and resist.