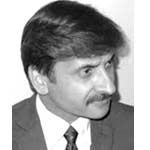 According to a circular issued by the media watchdog, the “Ministry of Foreign Affairs and Ministry of Interior, under [the] National Action Plan (NAP) have banned all kind of coverage of banned JuD, LeT and FIF under UN Resolution 1267.” The regulatory authority also attached a list of 60 banned organisations in addition to 12 more organisations still on the watch-list.

The government of Pakistan banned the LeT on January 14, 2002 after the attack on the Indian parliament in December 2001. However, the proscribed organisation continued to operate under different names – first as Jamatud Dawa (JuD) and later under the banner of the Falah-e-Insaniat Foundation (FIF).

JuD and FIF were later placed on a watch-list by the government first in December 2008 and then in March 2012. This time, it took the government three more years to come up with another such decision. The Ministry of Interior clarified that it had not given any such instructions to Pemra.

This makes one ask who – if not the Ministry of Interior – issued the orders? The new management of the media regulatory authority may have taken the lead. The decision, however, had come days after US President Obama had discussed the issue with Prime Minister Nawaz Sharif during a meeting at the White House on October 22.

The notification says that both JuD and FIF are incarnations of the Lashkar-e-Taiba. Here, one should not doubt the government’s stance; however, it is astonishing that the government realised this fact 13 years later – since the organisation was banned back in 2002. Again, the government took more than 13 years to honour its commitment to UN Resolution No 1267.

Under pressure from the UN or the US, the decision of the government of Pakistan certainly seems to be an attempt to curtail the freedom of the press. By banning their media coverage can the activities of these ‘proscribed organisations’ be stopped? The activists of the FIF along with the Edhi Foundation were seen removing the people out of the debris when a factory collapsed in Lahore on November 4, a day after the decision was taken. Why did the government not stop the FIF activists from taking part in the relief activities?

Extremist non-state actors usually capitalise on the disconnect between the state and its citizens. They make room for themselves in a political and judicial vacuum where the people develop a sense of frustration and deprivation. This provides them an opportunity to win the hearts and minds of the people in distress.

Why do we have space for such a huge number of civil society organisations? If the government had the capacity people would have hardly looked towards proscribed organisations for service delivery. The government has also been launching various crackdowns against NGOs.

Has that helped in any way? The term ‘NGO’ is referred to by many as something that promotes the agenda of the ‘infidels’ or outside forces. While there should be proper monitoring and audits, those doing a good job should be appreciated and rewarded.

Our decisions are always short-sighted, based on adhocism to serve short-term objectives. We need to grow up and take mature decisions keeping long-term objectives in mind. We have to build our own narrative.

To be able to deny space to non-state actors, the government needs to strengthen the state-citizen relationship via enhanced service delivery. Access to basic services like health and education, access to justice, social projection and employment opportunities must be ensured.

To be empowered a common citizen must be made part of the political process. And this can be ensured by holding free, fair and transparent local bodies elections across the country – including Fata. It gives one a sense of ownership when s/he is made part of the decision-making process. This sense of ownership makes people support the system. The younger generation should gainfully be employed. With respectable options available, one would hardly opt for unlawful means of earning.