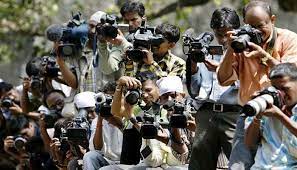 ISLAMABAD: The representatives of different press clubs of the country have declared the proposed Pakistan Media Development Authority (PMDA) as “a media martial law” and rejected it out rightly.

These sentiments were expressed by media bodies’ representatives while addressing a webinar arranged by Rawalpindi Islamabad Union of Journalists (RIUJ) on Tuesday. Press Freedom Action Committee Chairman Afzal Butt said the campaign of the RIUJ against the PMDA is turning into a national movement.

Former secretary general of Pakistan Federal Union of Journalists (PFUJ) Mazhar Abbas said a joint meeting of journalist associations will be called in Karachi to devise a strategy to stop the PMDA.

Karachi Press Club President Fazil Jameeli said a national dialogue must be held on the issue of PMDA in which besides media bodies, media owners and labour unions must also be included. He said the government must share the draft of the PMDA with journalist bodies as several such drafts are circulating on social media.

Lahore Press Club President Arshad Ansari said thousands of journalists lost their jobs during the tenure of this government, and inflation has increased enormously. He said he is unable to understand what the government has done for journalists in the proposed PMDA draft.

Gilgit Press Club President Khursheed Ahmed said the government should not push journalists to the wall. Secretary National Press Club Anwar Raza said journalists will spend the night of September 12 outside the Parliament in a sit-in against the PMDA.