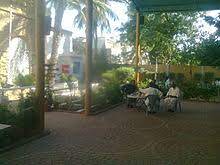 ISLAMABAD – Secretary Ministry of Information and Broadcasting Shahira Shahid informed the Public Accounts Committee on Wednesday that five press clubs of the country are reluctant to provide adjustment/audited accounts statements of grant in aid given during the financial year 2011-12.

The five press clubs received a total of Rs125 million as grants in the Pakistan People’s Party regime on the special directives of the then prime minister. The Multan Press Club and Islamabad Press Club received Rs70m and Rs10 million respectively.

Khairpur Press Club received Rs2.5m as financial assistance while Rs25 million were given for the construction of APNS office in Karachi. The government also gave a financial grant for 25 percent cost of land for the journalist colony in Hyderabad which was Rs17.5m.

The auditors pointed out in a meeting of the sub-committee of PAC headed by MNA Raja Riaz Hussain that the Ministry of Information and Broadcasting after release of aforementioned grants could not obtain the adjustment/audited accounts statements from the press clubs so far.

Shahira Shahid told the committee that the ministry has tried to get the details from the press clubs but remained unsuccessful.

However, MNA Hina Rabbani Khar said that funds given to press clubs must be audited and it should be checked that the amount given to the press clubs is spent on journalists or pocketed by their representatives.

Later, the matter was referred back to the departmental accounts committee for its disposal.

Meanwhile, another matter related to the nonproduction of records of secret service expenditure of the ministry was also discussed.

Secretary Shahira Shahid informed the committee that they don’t have the details of the said fund but she clarified that now this fund is cancelled and there are no secret service funds available with the ministry at present.

The auditors informed PAC that the ministry has carried out an internal audit of the said secret fund and demanded to share its report with the auditor general office.

The PAC directed the Secretary Ministry of Information and Broadcasting to share the details with the audit within one month.