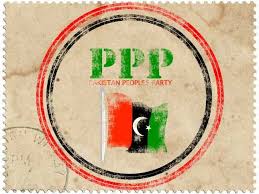 KARACHI: Media persons covering the proceedings of the Sindh Assembly’s ongoing budget session staged a walkout in protest from the press gallery of the Sindh Assembly on Monday against the suspension of licence of the ARY News and illegal curbs on other news channels in the country.

Sindh Information Minister Sharjeel Inam Memon rushed to the press room of the Sindh Assembly to express solidarity with protesting journalists, who had staged a walkout from the press gallery of the provincial assembly.

Sharjeel said the Pakistan People’s Party Sindh vehemently condemns the autocratic tendency of the federal government against free functioning of the media.He said the PPP and its provincial government fully sided with protesting newsmen and their media institutions and would completely support them in all their testing times.

He urged the cable TV operators to do their business freely without coming under coercion, influence, or threats from any of the quarters. He said that suspension of licence of the private news channel and blockage of its transmission should be cancelled at once.

Earlier, speaking on the floor of the provincial assembly, Sharjeel said the transmission of the private news channel was being closed for its live coverage of violent incidents at the Model Town, Lahore last week. He said the federal government should review its conduct and policies for the sake of democracy in the country.

Speaking on the same issue, Parliamentary Leader of the PML-N in the Sindh Assembly Irfanullah Khan Marwat said private news channels should avoid settling their personal and mutual business scores and instead discharge their telecast with solemn obligations regarding informing and updating audiences about events around them.

He said the way some of private TV news channels had been acting in the irresponsible manner would take away the benefits of freedom of expression from them.Parliamentary leader of the Muttahida Quami Movement in the Sindh Assembly Syed Sardar Ahmed said that transmission of private TV news channels were being unduly shutdown as such acts of the government should not have taken place in a democratic dispensation.

Leader of the opposition in the provincial Assembly Shaharyar Khan Mahar said the manner TV news channels were being shut down one after the other, it seemed that scores were being settled at official level as such acts should be avoided at all costs.

Samar Ali Khan of the Pakistan Tehreek-e-Insaf said that media being the fourth pillar of state should act responsibly while there was no reason for shutting down any TV news channel in the country. He said that media should be given liberty and freedom it deserved.