PPP asks Pemra to ensure TV coverage to all parties 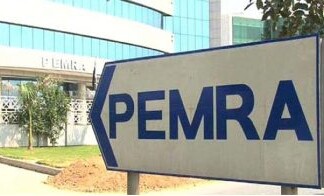 In a letter to the Pemra chairman, PPP secretary general and former Senate chairman Nayyar Hussain Bukhari said that a press conference was held at Bilawal House, Lahore, on Tuesday evening. It was addressed by the PPP’s senior leadership, but not a single TV channel covered it, although representatives of all private channels were there.

Mr Bukhari said they all had been either part of parliament or a parliamentarian. On the other hand, he regretted, even spokespersons for other parties were being given live coverage.

Citing the July 2 ECP notification regarding the code of conduct for the media for elections, he said its clause b(ii) stated that “all media houses should also follow professional standard and strive for accuracy, balance and impartiality”.