IS poverty a violation of human rights? I was asked recently to speak on the subject and faced the following dilemma: if I convinced the audience it was, would that imply the most effective way to eliminate poverty would be to confer human rights on the poor?

Two questions follow immediately: first, if that were indeed the case, why haven’t rights been conferred already? Second, over the entire course of recorded history, has poverty ever been alleviated in this manner?

Likely answers to both suggest it would be more fruitful to start with poverty than with rights. Poverty has always been with us while the discourse on rights is very recent. Studying the experiences of poverty elimination could possibly better illuminate the overlap with rights and yield appropriate conclusions for consideration.

We can begin with the period when sovereignty rested in heaven and monarchs ruled with a divine right beyond challenge. For centuries under this order a very small group of aristocrats and clergy lived atop impoverished populations existing at bare survival.

This did not mean the kingdoms were poor or lacked sophisticated cultures, just that they were characterised by extreme inequalities and poverty was considered a natural condition, an element of a divinely ordained order, not a social problem. At best, it was to be ameliorated through alms and charity which were deemed moral obligations.

[Since poverty is an ambiguous concept whose definition has changed markedly over time, it is useful to employ a simple characterisation for purposes of this discussion.
Consider as poor anyone not being able to afford ownership of a motorised vehicle (substitute horse-and-carriage for the age of monarchy). This indicator of ‘transport poverty’ can serve as an adequate proxy for poverty itself as also for economic transformation.]

The first major change in the monarchical social and moral order occurred in Europe, beginning in the 17th century, and over 300 years absolute poverty in Western Europe and its settler colonies disappeared for good.

Poverty was next eliminated in Eastern Europe beginning with the revolution in Russia in the early 20th century. Parts of East Asia followed, starting around the mid-20th century with Japan starting earlier and China still in the process. The last region to join was parts of Latin America beginning in the late 20th century.

The point to note is that these various eliminations of absolute poverty had very little systematic relationship with human rights. Only in Western Europe did the process proceed in parallel with the acquisition of rights as subjects were transformed into citizens bound in a social contract.

But even here, rights had to be wrested from the aristocracies: civil rights via social revolutions (the French Revolution, for example, with its explicit call for equality); political rights via the struggles for suffrage; and economic rights via the pressure of labour unions.

In Eastern Europe and East Asia, poverty elimination through accelerated industrialisation was accompanied by gross violations of rights and in Latin America the sharing of wealth continues to face a violent backlash by entrenched elites and their allies.

The causes for these transitions were equally varied. In Western Europe, the first mover, they included infusion of colonial wealth (involving violation of rights of natives), emergence of capitalism (with exploitation of labour including children), replacement of communitarianism with individualism through urbanisation, wars of religion discrediting divine sovereignty, and the need to protect capitalism itself from its worst excesses and its challengers.

In Eastern Europe the spur was to compete and catch up with the first movers. In East Asia, social insurgencies hastened pre-emptive land reforms followed by the challenge to compete globally. In Latin America, urbanisation finally strengthened the hands of citizens wielding the power of the vote.

Given this characterisation, South Asia seems barely at the point where poverty is considered a social or political problem; the poor have yet to mount a sustained challenge for the acquisition of civil or economic rights — the few attempts to date having been brutally crushed.

The only right, conferred by departing colonial masters, is the political right to vote and entrenched elites are determined to dilute, fracture and negate that by any means foul or fair including in places overturning the electoral verdict by force or manipulation.

It seems a mistake to extrapolate from the Western European experience and associate democracy unambiguously with human rights and poverty alleviation. The relationship is a function of the specificity of history and context.

In South Asia, where the power to vote has preceded social equality and civil rights, a prolonged, bitter and often violent and anarchic struggle is very much on the cards — think of the Naxal revolt in India, the secession of Bangladesh from Pakistan, or the civil war in Sri Lanka. Poverty in South Asia, much like anywhere else in the world, is unlikely to be eliminated by a voluntary conferral of human rights simply because the form of governance happens to be democratic. The reality is a lot more complex than that.

The writer is dean of the School of Humanities, Social Sciences and Law at the Lahore University of Management Sciences. 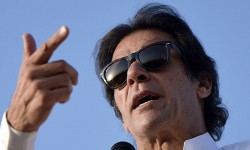 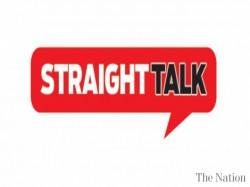