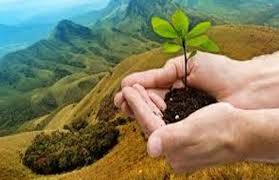 Islamabad: The post-plantation care of saplings is part and parcel of the 10 billion tsunami tree afforestation project and therefore, the government is paying special attention to the prevention and protection of planted trees.

This was stated by adviser to the prime minister on climate change Malik Amin Aslam Khan in a statement. The premier’s adviser said the government was committed to making Pakistan green and pollution free and therefore, it attached the highest priority to its 10 billion tsunami tree plantation project.

He said in Khyber-Pakhtunkhwa, one billion tree project was audited by a third party auditor (World Wildlife Fund Pakistan), which confirmed that the government had not only achieved its target of plantation but also saved 80 per cent of the planted trees with post plantation care.

“We will follow the same suit in this country wide 10 billion tsunami tree plantation project,” he said. The premier’s adviser said the current feedback from all provinces on the plantation campaign had testified the government’s commitment that it’s a countrywide project. He said in collaboration with the provinces, the centre would retrieve land from land grabbers’, especially in plain areas, and would use that land for plantation purposes.