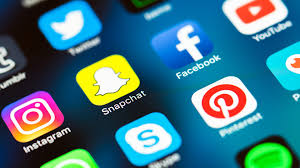 Speakers at the meeting of Shura, Hamdard Karachi chapter, urged the government, social scientists and educationists to create critical and creative thinking among the youths and grant them right to question ‘why’ in order to make them confident, responsible and able to draw a line between positive and negative matters on Social Media.

Speaking on the occasion, Professor Dr Akhlaque Ahmed, former pro-vice chancellor, University of Karachi said social media affects in both positive and negative way, depending on its use. If used constantly, it would change the temperament of user and render him/her in seclusion, however it is useful for senior people as it provides them facility to talk with their offspring’s living in foreign countries, he added.

Scholars across the world are taking advantages out of social media’s positive use. It has ushered in a revolution in the field of treatment as people can choose and obtain medicines through social media, he maintained.

Khairi said social media has been becoming a pillar of state, if used properly it could play a revolutionary role in the reconstruction of our society, because it gave freedom of speech, the basic right of human beings, he observed.

Col Mukhtar Ahmed Butt (retd) was of the view that social media had become a deadly weapon and 4.5 billion people are habitual of this menace around the world and ten persons at every second were joining it. Destroying the morals of our society and poisoning the mind of our new generation it had brought the country to the juncture from where it seemed difficult to come back, so its monitoring was very essential, he contended.

Commending the initiative of making Quran App on social media, he said, no doubt it was a good service to Muslims and such work should be continued; good and right use of social media, adopting the rules and regulations, could bring about the change and solution of our problems, he asserted.

Ibn al-Hasan Rizvi was of the option that basically social media was a good thing provided if it is used carefully and wisely; but, we had depraved it by filing fake news and concocted stories on it. He suggested to tax on using the social media in order to minimize its use.

Engr Anwarul Haq Siddiqui while giving much importance to social media said it was the latest invention of modern age and we couldn’t stop it to enter into our society, only there was a need of will to monitor it and to make its use beneficial for the country.

Engr Syed Pervez Sadiq suggested that critical thinking courses should be started in schools and colleges forthwith and it must be inculcated in the young minds: “time is money don’t waste it”.

“It is the duty of media to bring true stories, news items and picture of the country before the people and public should not put ear on fake news,” he suggested and further said; ‘Every technology has two aspects – merits and demerits, we ought to concentrate on merits leaving aside demerits. President of Turkey Tayyep Ardogan saved his government using social media.