Hamid Mir, Senior journalist and anchor person of Pakistan’s popular talk show “Capital Talk” on leading television channel “Geo News” was seriously injured in a gun attack on April 19, 2014 at about 5:30 pm in Karachi, the capital city of Sindh province. No case has been registered and no one has claimed the responsibility of attack.

Mir was on the way from airport to his office when an armed man standing at the corner of a turning road, opened fire on him, latter four unidentified armed men on two motorcycles followed his car and continued to fire from at him.

He received six bullets in the lower part of his body, one bullet in his large intestine two in his left thigh bone, one in hip bone, one bullet crossed from his hand while one crossed after touching his ribs. He is being treated in a private hospital where his condition is stated as stable after surgery.

Pakistan Broadcasters Association (PBA) strongly condemned the attack on Mir and demanded that the attackers be arrested immediately. PBA said repeated attacks and threats to media and journalists are aimed at restricting them from performing their constitutional responsibilities.

All Pakistan Newspaper Society (APNS) condemned the attack on journalists by “state and non-state actors” and termed it as assault on freedom of press. APNS demanded the government to immediately arrest the perpetrators involved in the attack.

Council of Pakistan Newspaper Editors (CPNE) President Mujeeb-ur-Rehman Shami and General Secretary Dr Jabbar Khattak on April 19 strongly condemned the attack and called it a cowardly act. In a statement they said that it seemed that forces against freedom of media were busy in their wicked designs to crush free media as they were not ready to tolerate dissent. They demanded immediate arrest of the accused and impartial inquiry of the incident.

Condemning the attack, Pakistan Coalition on Media Safety (PCOMS) said it was very troubling that the assailants knowledge of the travel plans of Mir and were able to shot him in broad daylight and make good their escape without being challenged by police or security agencies of federal and provincial governments. PCOMS said the attack on Hamid Mir demonstrated once again government’s callous disregard for the safety of journalists. PCOMS asked the government to inform the people of Pakistan of the steps that had been taken to ensure the safety of a senior journalist who had informed those in authority of the nature of imminent threats that he faced.

In November 2012, explosives were found under the vehicle of Mir in Islamabad when he had gone for some work with his driver and parked his car for a little. The bomb disposal squad was called in to remove the bag after which it was revealed that the bag contained material that was diffused by the squad. 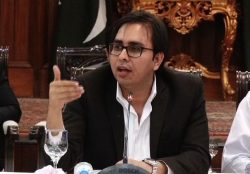 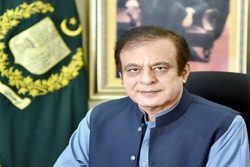