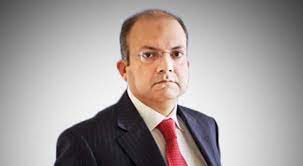 Politicians and journalists on Sunday criticized the summons notice issued to anchorperson Nadeem Malik by the Federal Investigation Agency’s (FIA) Counter-Terrorism Wing to appear before it and cooperate in the case regarding the video scandal of former accountability court judge Arshad Malik.

According to the notice dated July 2, a copy of which is available with Dawn.com, the FIA has summoned the anchorperson under Section 160 of the Criminal Procedure Code. “Please refer to your ‘Nadeem Malik Live Program’ on Samaa News dated April 28, 2021, [that] revealed that you have important information which can be relevant for the agency to further investigate the above mentioned case and to link some relevant persons with this case,” said the notice.

Malik was requested to appear at the FIA’s headquarters on July 6 with “all relevant information, documents and evidence.”

In the aforementioned program, Malik said he was informed by two individuals, part of the FIA team investigating Judge Malik, that “the other party” — declining to identify it — had found an old objectionable video of the judge. The unidentified persons had summoned the judge and told him that the video would “come out in public view” if he didn’t give a favorable decision in the Al-Azizia Steel Mills corruption reference.

“Judge Arshad Malik then went and announced the decision and Nawaz Sharif was disqualified,” the anchorperson had said, adding that he was quoting verbatim what he had been told by the sources. He had also said that he could not divulge on-air the full details that had been shared with him since they involved certain individuals from “very powerful institutions”.

Reacting to news of the notice, PML-N leader Ahsan Iqbal “strongly” condemned it and hailed Malik as “one of the most professional journalists of Pakistan.”

PML-N Information Secretary Marriyum Aurangzeb said the notice was “highly condemnable and is yet more proof that this fascist regime won’t rest till the little remaining space for freedom of speech is eliminated”, calling for the FIA to “immediately withdraw” it.

“FIA’s notice to Nadeem Malik, a reputable journalist, for personal appearance before the agency over his remarks on the notorious Arshad Malik case, is the latest example of unfolding fascism,” said journalist Syed Talat Hussain. He claimed that the media was facing a “total assault”.

Columnist and journalist Ansar Abbasi also praised Malik as an “honorable journalist” and said he became the “latest victim of [the] FIA’s misadventures against [the] media.”

Earlier this week, Justice Minallah, while hearing petitions filed against ongoing inquiries by the FIA’s cybercrime wing against journalists Bilal Ghauri, Asad Toor and others, had warned the investigation agency to exercise its powers judiciously or else the court would impose heavy cost on the officers for misuse of authority.

When the chief justice inquired from the FIA cybercrime wing’s director Babar Bakhat Qureshi about the number of pending complaints, Qureshi informed the court that they were in the thousands. The chief justice then asked him why the FIA was giving the impression that it was proceeding against only journalists.

“You need to dispel this impression, since crushing the dissenting voices is against the Islamic injunctions and norms of civilized society,” he had remarked.

What is the Arshad Malik case?

In December 2018, Judge Malik had convicted Nawaz in the Al-Azizia reference, sentencing him to seven years in jail. However, he had acquitted the former prime minister in the Flagship reference.

In July 2020, after a year-long inquiry, the Lahore High Court’s administration committee had removed Malik from service on charges of misconduct relating to a video scandal that broke in 2019, and which sent ripples through political and legal circles.

The scandal was brought to the limelight by PML-N Vice President Maryam Nawaz, who had at the time come forward with video clips purportedly showing Malik confessing that he had been “pressured and blackmailed” to convict Nawaz Sharif in the Al-Azizia corruption reference.

The former judge passed away in December 2020 after contracting the coronavirus.