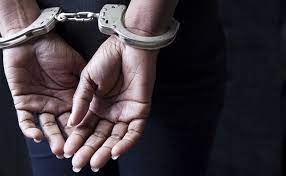 Hyderabad: The accused involved in the incident of threatening a senior journalist Shahnawaz Talpur, a senior journalist belonging to private TV and newspaper was arrested by Tando Jam police, according to police,. A complaint was lodged at Tandojam police station that Muhammad Khan son of Nabi Bakhsh Unar was threatening him with serious consequences and death threats. After registering a case and issuing arrest warrants for the accused, the SHO along with its staff arrested the accused Muhammad Khan son of Nabi Bakhsh Unar near Zaman Shah Link Road and registered FIR No. 46/2021 against him. Registered under Section 504,506PPC.