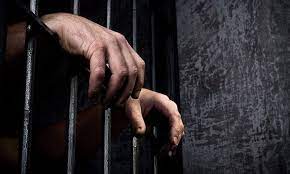 DI KHAN On the directives of District Police Officer (DPO) Dera Syed Najamul Hassan the district police Thursday arrested a fake journalist whose name is in schedule-IV for harassing members of Dera Press Club and making video footage of the general body meeting without permission.

On the complaint of President Dera Press Club Ahmed Khan Kamrani Cantt Police arrested a fake journalist Zubair Shaheen who was already nominated in different cases and has name in schedule-IV for harassing journalists’ community and fanning sectarianism in disguise of a journalist.

Dera Press Club had already banned his entry in the club, however the day he along with accomplices managed to enter Dera Press Club during a general body meeting and forcefully made video of club members and threatened them of dire consequences.

On the directives of DPO Najamul Hassan, DSP Cantt arrested the accused and started investigation, while the journalists’ community demanded strict legal action against him.