Police and social media in Pakistan 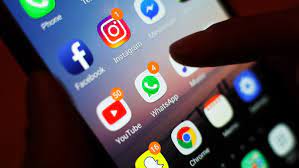 It is true, whether mainstream media or social media (SM) plays an important role in engaging the public. SM management for police is a demanding job. Around the world, different countries&#39; police departments are using SM platforms for updating and keeping the public informed about police related matters. The police are responding along with taking up notices of issues related to law and order on SM platforms by delivering services and building positive image. Police have a unique relationship with the public with whom they are directly dealing on a daily basis. For police, SM would help in making strong connections with communities because a community always focuses on good work of police. Although all forms of SM capture rapid attention to disseminate information as compared to mainstream media.

Interestingly, In terms of SM management there is an academy called Police Social Media Academy (PSMA) in Muncie, Indiana. The academy offers training to law enforcement agencies on management of SM. The PSMA is conducting physical sessions/classes and now virtual classes due to COVID-19. They are covering different topics on the management of SM platforms and development of skills on SM. Punjab Police of India has set up a Social Media Cell (SMC) which is headed by an Inspector General of Police (IGP) rank officer. Though, police officers are countering misinformation campaigns and providing correct information.

Pakistan police face different issues where media organizations are wrongly portraying pictures of the police among masses. Police officers use SM platforms. Police officers have somehow succeeded in engaging larger audiences through their personnel SM accounts. Many of the views police have reduced to SM and they are not responding accordingly. Unfortunately, most police officers are not good at dealing with criticism on SM platforms by public and other institutions.

Fortunately, SM platforms are helpful in connecting with people, countering fake news, mis-information about police as the official version to correct information and arresting criminals where police have to just share pictures of suspects

Moreover, it is observed that police officers go on silent mode when things get worse and the public speaks against police as they are being criticized. Police officers require a set of skills to deal with such situations in the future. On SM, official presence of police is from Punjab, Khyber Pakhtunkhwa (KP), Islamabad, Sindh, Baluchistan and little from Azad &amp; Jammu Kashmir (A&amp;JK) while Gilgit Baltistan (GB) has no official presence on SM platforms. Many unofficial pages and groups on Facebook and accounts on twitter are run indirectly by police officers and private people. Police are updating Facebook official pages and twitter accounts to share rapid information about police related matters. In response to such information, many times people start criticizing and trolling about police which needs to be addressed.

Media cells of Police include KP Police which reorganized the media wing in 2017 under the command of IGP Mr. Salahuddin. Senior Superintendent of Police (SSP) is head of media wing and Superintendent of Police (SP) of SM. Still KP Police are actively participating on SM platforms. In 2018, Sindh Police launched Digital Social Media Cell (DSMC) and Karachi Police Media Cell (KPMC) on SM networks. Further, KPMC was to deal with street crime and other activities but after the transfer of chief of Karachi Police, Additional Inspector General of Police (Addl.IG) Dr. Amir Shaikh, now the media cell is not active. Islamabad Capital Police is widely using SM platforms to engage the public while Baluchistan Police is not actively seen on SM which needs to be activated. On the other hand, Punjab Police has set up a Social Media Cell (SMC) of the police. SMC of Punjab Police has presence on Facebook, Instagram and Twitter. It comprises young energetic police officers as well information officers. SMC has initiated different initiatives especially in fighting against COVID-19 as well as live audio sessions on Facebook were conducted to observe “World Radio Day”.

Recently, IGP Punjab Mr. Inam Ghani and IGP KP Mr. Sana Ullah have conducted live sessions on Facebook to answer questions of the public. It is one of the unique initiatives to interact with the public. For the first time, it is seen that Rawalpindi regional police has used SM for productive output and asked for help from public in one of the cases of murder by uploading picture of the criminals. One out of all SM accounts is of the Rawalpindi Police that has impressed everyone truly with their engagement and connections with the community on digital media specially twitter under the command of CPO Rawalpindi including Abbas Ahsan, Faisal Rana and Ahsan Younas. In terms of policy, the then IGP Punjab Mr. Shoaib Dastagir already formulated SM policy for provincial police. All the officers have been bound to run their accounts and respond as per policy of the department. In this regard, many officers have changed their profile pictures and their SM handles have been restricted. Additionally, Punjab Police has requested the government for the establishment of “Punjab Police Information Office” under the command of higher rank officer for more effective communication.

Police need their own media to achieve their purposes and highlight the positive image of the department. Across the country, police departments have to formulate better SM policies where they share key information among masses actively. Moreover, the National Police Bureau (NPB) should come forward to give the right directions to all police departments about mainstream and SM management. Police officers should use SM for the benefits of the police department to highlight positive aspects of police. Fortunately, SM platforms are helpful in connecting with people, countering fake news, dis/mis-information about police as the official version to correct information and arresting criminals where police have to just share pictures of suspects. Police should prepare themselves to use all forms of SM to improve their skills while dealing effectively when things are against police. SalamPolice!