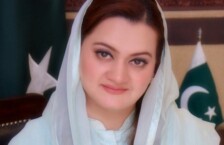 During a meeting of the National Assembly Stan­ding Committee on Infor­mation, Broadcasting, Nat­io­nal Heritage and Literary Heritage on Tuesday, Mar­riyum Aurangzeb of the PML-N asked the reasons for setting up the new authority.

She claimed that the proposed PMRA was unprecedented in the world.

“Is its goal to make the rules stricter? Will the PMRA replace the Pakistan Electronic Media Regulatory Authority (Pemra)? If the aim is to replace Pemra with PMRA, the matter seems complicated,” she said.

Ms Aurangzeb said that across the globe, print and electronic media work separately. In India, the circulation of newspapers had been increasing, she said.

During discussion on the issues of the Pakistan Television (PTV), the PML-N leader said that claims were made that the PTV would be lifted to the level of BBC.

“It seems the minister for information has taken a U-turn due to which the PTV could not become BBC. Moreover, the government has illegally appointed the managing director of the PTV which is also a violation of Supreme Court’s orders. Currently, the PTV has been facing a loss of Rs5.8 billion,” she said.

Chairman of the committee Mian Javed Latif expressed displeasure over the absence of the PTV managing director during the meeting.

Information Minister Fawad Chaudhry told the meeting that the PTV managing director had been missing for the past 40 days.