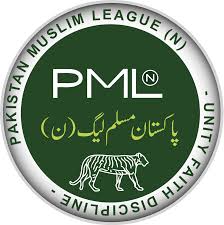 ISLAMABAD: The opposition Pakistan Muslim League-Nawaz (PML-N) on Friday criticised Prime Minister Imran Khan and accused him of calling the media a mafia.

In a series of tweets, PML-N spokesperson Marriyum Aurangzeb says that an “incompetent, incapable and selected” prime minister is saying that there is a mafia in the media. “It is shameful, regrettable and deplorable,” she said.

Ms Aurangzeb said a “person involved in money laundering, imprisoning his opponents in death cells, closing down the parliament and risking the livelihoods and businesses of citizens” was describing the media as a mafia.

She blamed the prime minister for destroying the country’s economy and outsourcing the economy to the International Monetary Fund (IMF). She said Mr Khan had joined hands with ‘‘thieves and robbers’’.

She held the premier responsible for taking “talk shows off air, influencing editorials and stealing elections”.

While speaking at the groundbreaking ceremony of the Jalalpur Canal project in Pind Dadan Khan town of Jhelum on Thursday, PM Khan said 2020 would be the year of economic stability in Pakistan and would prove to be a tough one for mafias.

Elaborating further, he said mafias were present in the Federal Board of Revenue and other government institutions, in politics and in newspapers. He said newspapers carried bad news [against the government] everyday.

“Those journalists who had benefited from the corrupt system in the past were now writing against his administration,” he said.

Reacting to the PML-N statement, Special Assistant to the Prime Minister on Information and Broadcas­ting Firdous Ashiq Awan took to Twitter, reminding the PML-N’s spokesperson that “the mafia’s government had initiated the lifafa culture [yellow journalism]” in the country.

Referring to the previous government of the PML-N, Ms Awan said that “people still remember the role of Saifur Rehman who had a hobby of lodging fake cases against newspapers and his political opponents”.

She went on to say that [during the tenure of the PML-N government] newspapers’ offices were attacked and the media was subjected to “blackmailing”.

The government’s chief spokesperson said that “mafia, thieves and robbers get annoyed when institutions follow the law”, adding that the prime minister’s war against the mafia would continue.

Meanwhile, Ms Aurang­zeb, while condemning the summoning of PML-N deputy secretary general Attaullah Tarrar to the Federal Investigation Agency’s office, said the country was being ruled by Imran Khan-led mafia’s bullying and intimidation.

In a statement, she said Mr Tarrar was a young and competent politician. Two generations of his family have served Pakistani politics with devotion, competence and transparency.