PM to kick off spring plantation drive on Feb 9 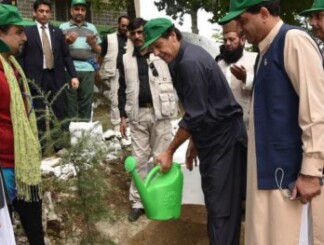 ISLAMABAD: Prime Minister Imran Khan would kick off a spring plantation campaign under the ‘Plant for Pakistan’ project by planting a tree in Balloki in central Punjab. The government plans to plant 150 million trees as part of the campaign, including extending the drive to illegally occupied government property. This includes 2,500 acres of government land in Balloki that was previously encroached upon.

Advisor to Prime Minister on Climate Change Amin Aslam said that PM Imran would inaugurate the campaign by planting a tree in Balloki on February 9, as part of its plan to ensure afforestation of previously encroached land.

According to Aslam, the campaign will continue after the inauguration in Balloki. “As many as 150 million trees would collectively be planted during the campaign,” he said, adding that it was part of the government’s promise for massive countrywide afforestation.

Further, different departments would share their part in planting trees as 500,000 trees each would be planted by Capital Development Authority, National Highway Authority and Ministry of Defense while Pakistan Aeronautical Complex would plant has set a target of planting 20,000 trees.