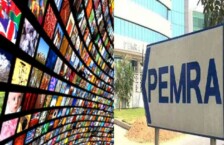 KARACHI/LAHORE/ISLAMABAD: The supporters and workers of Pakistan Tehreek-e-Insaf (PTI) staged demonstrations in Karachi, Lahore, Multan, Rawalpindi, Peshawar and other cities on third day on Saturday to protest against attack on PTI Chairman Imran Khan.

PTI chief Imran Khan on Friday had urged his supporters to continue protest against the attack until those who he had alleged to have plotted the attack resigned from their positions.

In Karachi, PTI leaders and workers organised a protest rally from Numaish Chowrangi to Tibet Center throwing the traffic on one of the main traffic corridors of the city into utter turmoil.

The rally was organised on the call of PTI senior leader Asad Umar who on his Twitter said that protests will take place in all major cities. “There would be protest gatherings in all the cities of Pakistan tomorrow [Saturday] at 5 o’clock. The local organizations of the party will decide protest venue in each city”.

Hundreds of PTI supporters and workers including a large number of women activists reached Numaish Chowrangi to stage the protest. They blocked the road and chanted slogans against the federal and provincial governments. One of the worst traffic jams was observed in Namaish Chowrangi and surrounding areas. However, a heavy contingent of police force used water cannons to control the protestors.

Speaking on the occasion, PTI Sindh leader Khurram Sherzaman said people were afraid and no one was ready to raise voices. “We will fight for Pakistan under the leadership of Imran Khan who is dearer to us than our parents. We will never stand against our army.”

Reportedly, the protesters also attempted to vandalise a petrol pump at Faizabad but the security guards of the fuel station dispersed them. Protesters also burned tyres at Rawat in Islamabad and blocked the GT Road due to which commuters faced difficulties as traffic came to a standstill.

The Islamabad police resorted to shelling on protesters after they attempted to advance towards the federal capital, which pushed the protesters to march back towards Murree Road. Likewise, a demonstration was also held in Attock where the protesters blocked the Bahtar Interchange.

The protests and sit-ins are taking place at eight places in the city. Lahore Ring Road is closed for traffic while protesters have also closed Abdullah Gul Interchange for traffic in the city. A report was compiled by the Provincial Intelligence Centre on PTI’s protest, according to which the PTI workers are protesting at 32 places across Punjab.

Similarly in Multan, PTI workers protested and blocked roads leading to the Biliwala interchange in protest against the assassination attempt on Imran Khan.

Speaking on the occasion MPA Zain Hussein Qureshi said the murderous attack on Imran was very worrying and added that despite the passage of 48 hours, the FIR could not be registered. This is a big question mark, he said.

The minister said PM Shehbaz Sharif had set a new tradition by bringing an end to the bitter traditions of Imran Khan’s era. “We do not believe in what has been done by Imran Khan with Muhammad Nawaz Sharif, Maryam Nawaz and other political leaders during his four-year rule,” she remarked. The minister said the federal government led by Muhammad Shehbaz Sharif fully believed in democratic norms and the constitutional right of freedom of expression. She said it was Imran Khan who imposed restrictions on his political opponents, leaders, activists and media.

She said Imran Khan was free to churn out lies against his opponents. The minister said Imran Khan’s speeches against the coalition government should reach to the public so they could know the reality of “Fitna”. Imran Khan’s supporters, she said, would have to understand the reality of this “Fitna” and his mischief and lies. She said the current government believed in democratic norms and values, but ironically Imran Khan had a fascist mindset.

Earlier, the Pemra had imposed a ban on all satellite TV channels from broadcasting and rebroadcasting PTI chief Imran Khan’s speeches and press conferences

According to a notice issued, the regulatory authority said that Khan during his long march speeches a day ago had “made aspersions against the state institutions by levelling baseless allegations for orchestrating an assassination plan”.

It added that airing such content was likely to create “hatred among the people or was prejudicial to the maintenance of law and order or was likely to disturb public peace and tranquillity or endanger national security”.

In a statement issued in Karachi, Pakistan Broadcaster Association (PBA) took notice of the ban imposed on covering of speeches of Imran Khan by Pemra. The statement added that the PBA will explore its legal options and proceed accordingly after consulting its members and lawyers.

Similarly, the Association of Electronic Media Editors and News Directors (Aemend) has termed Pemra’s gag order a bar on the freedom of expression.

In its statement, Aemend said the constitution safeguards the freedom of expression of every individual within ‘reasonable’ parameters. However, legal action can be taken against those violating the parameters.

The Aemend believes the freedom of expression cannot be curbed under any rationale. It said that even if there is a complaint against a channel for not employing a ‘delayed mechanism’ and working without an editorial committee, action cannot be taken against the entire electronic media. The Aemend is considering all legal options against the ban as well as consulting other journalist organisations.