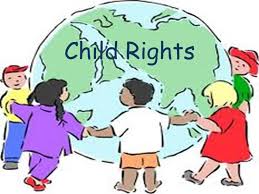 Islamabad: Child Rights Movement (CRM) has written a letter to Prime Minister Imran Khan urging him to allocate financial resources for child rights in the upcoming federal and provincial budget for year 2019-2020.

The letters were sent by Coordinator of the CRM Pakistan and CRM’s member organizations and individuals. This content of the letter was shared stated in a press conference by CRM Coordinator Mumtaz Gohar and members of the CRM Executive Committee on Thursday.

CRM Coordinator said that there are a number of laws and strategies and various bodies have been established at the federal and provincial levels to deal with the child rights issues including under-nutrition, right to education and child protection etc. “Unfortunately, there is no or very poor implementation and no or limited budgetary allocation is the main cause of this appalling situation” said Mumtaz.

CRM Executive Body member Akhtar Syed from the Network for Consumer Protection appreciated Prime Minister Khan for rightly highlighting in his speeches about the situation of under-nutrition in the country.

Pakistan has one of the highest prevalence of child malnutrition as compared to other developing countries. According to the National Nutrition Survey, 33 per cent of all children were underweight, nearly 44 per cent were stunted, 15 per cent are wasted and 33 per cent were anaemic (iron deficiency).

“We request the PM to direct the federal and provincial governments to allocate sufficient budgets for the National Nutrition Programme and for the implementation of the Provincial Multi Sectoral Nutrition Strategies to address child malnutrition in Pakistan,” said the CRM representative. He also highlighted the need for effective implementation of the laws for the promotion and protection of breastfeeding.

CRM representative Sajjad Cheema highlighted that according to Article 25-A of the Pakistani Constitution of Pakistan, education is a fundamental right for children five to sixteen years of age. Accordingly the National and Provincial Assemblies came up with laws to implement this constitutional provision.

“Unfortunately however, 22.6 million children are still out of school in Pakistan, majority of them girls. More than half (57 per cent) of them come from the poorest homes in the country and thus, are only able to attain education via public schools. Pakistan’s current education budget does not cover the nation’s educational needs. The most worrisome aspect of the current education expenditure is the high proportion of teachers’ salaries, leaving little for non-salary expenditure,” he said.

The CRM representatives urged the Prime Minister of Pakistan to look into the issue of out of school children with a particular focus on the situation in the newly merged tribal districts of KP and far flung districts of Balochistan, Punjab and Sindh. He also highlighted the need for strict implementation of the Article 25-A in the federal capital and requested the Prime Minister to strictly monitor implementation of the ICT Right to Free and Compulsory Education Act 2012 to ensure that no child is out of school in the federal capital where we still see children working in hazardous conditions, begging on the streets and traffic signals.

CRM Executive Committee Member Sidra Humayun from Sahil highlighted that their data shows that a total of 3,832 cases of child abuse have been reported in newspapers during the year 2018.

“We, in Child Rights Movement, believe that the federal and provincial governments need to work more solemnly for establishing and strengthening a child protection system at Islamabad and in all provinces going down to the district and Union Council levels. For this purpose we need to invest in the implementation of the National Commission on the Rights of the Child Act 2017, the ICT Child Protection Act 2018, the Juvenile Justice System Act 2018 and respective provincial child protection laws in Pakistan.”

CRM Executive Committee member Nayab Ali while concluding the press conference appreciated the way PM highlights child rights issues in his speeches and urged the Prime Minister for practical steps for the promotion and protection of child rights in Pakistan.