Plea against offensive material on Google put off 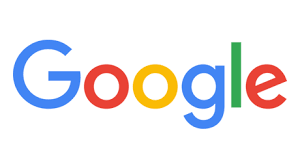 The public prosecutors informed the apex court that a meeting was held in the office of the Attorney General on Tuesday to work out a mechanism in this regard. Petitioner Luqman Habib through his counsel Bilal Riaz Sheikh, Mohammad Faizan Maqsood, Waqas Abrar, Mian Mohammad Shakeel, Shehzad Baryal and Sajid Iqbal Lashari and others had filed a petition alleging that Mirza Masroor had joined hands with forces inimical to Islam and hatched a conspiracy against the Ummah by uploading objectionable and misleading material on Google regarding Islam.

He said that whenever Google was searched for information about Islamic caliphs, the name of Mirza Masroor came up. FIA and other relevant agencies were reluctant to take action against these elements, the counsel argued. Deputy Attorney-General Asad Ali Bajwa informed the court that a meeting was held in the office of the Attorney General of Pakistan in this regard.

PTA Chairman Amir Azeem said told the apex court that so far millions of websites with objectionable content had been shut. He said 19 websites belonging to the Qadianis had been shut. The court said they would build new websites and run them from the areas beyond Pakistan’s jurisdiction. Home Secretary Yousuf Naseem Khokhar told the apex court that they were building a strong mechanism in this regard. FIA Cyber Crime Director Abdul Rab and other officials also appeared before the court.