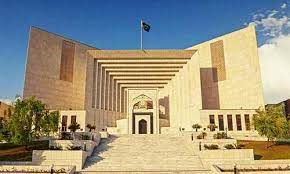 LAHORE: The Lahore High Court on Tuesday sought a reply from the Pakistan Electronic Media Regulatory Authority (Pemra) on a petition challenging a notification cautioning the television channels against airing ‘indecent’ scenes in dramas.

Admitting the petition of M/s Central Media Network Pvt Ltd, Justice Jawad Hassan observed that the issue related to the interpretation of the words “decency” and “morality” in light of the mandate of Article 19 of the Constitution read with the provisions of the Pemra ordinance.

Advocate Tassaduq Murtaza Naqvi, on behalf of the petitioner, explained that as per contents of the impugned notification/letter, certain complaints had been received from general public on Pakistan Citizen Portal about broadcasting of vulgar/bold dressing, bed scenes and other similar activities. However, he said, without disposing of the said complaints, the Pemra put a blanket ban on all the TV channels without specifically mentioning which channel was responsible for such telecast.

The counsel argued that the Pemra had been established under section 3 of the Pakistan Electronic Media Regulatory Authority Ordinance 2002 for carrying out the purpose of the ordinance, with the functions described in section 4 of the ordinance.

He claimed that the impugned letter had been issued by the Pemra director general in violation of the provisions of section 9(5) of the ordinance, which clearly states that all the orders, determinations and decisions of the Pemra shall be taken in writing and shall also identify the determination of the chairman and each member separately.

He also relied upon the article 19 of the Constitution, which gives fundamental right to freedom of speech and expression to every citizen of Pakistan.

The counsel told the court that the issue regarding decency of hug scenes in dramas had been settled by superior courts in the world and the LHC as well.

He maintained that though the Pemra had all the powers for putting a ban on any TV channel, the powers will be exercised subject to the criteria mentioned in section 27 of the ordinance.

He contended that without following the scheme of law/mechanism provided under the ordinance, the rules and the regulations, no action could be taken against any media outlet as it infringed the fundamental right of the petitioner to freedom of speech.

Barrister Haris Azmat, on behalf of the Pemra, objected to the maintainability of the petition saying the impugned letter had been issued by the competent authority under the powers delegated to him in the ordinance.

Justice Hassan directed the Pemra’s counsel to file a written reply and also asked an additional attorney general to seek instructions from the relevant quarters by Nov 25. The judge also sought assistance from Barrister Ahmad Pansota, who is chairman council of the complaint cell, Pemra, in the matter. 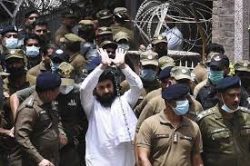 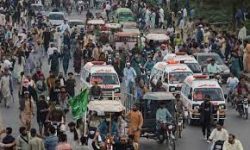 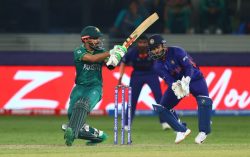