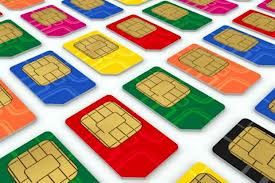 PESHAWAR: The Peshawar High Court on Wednesday directed the Pakistan Telecommunication Authority (PTA) to end the roaming service provided to Afghan cellphone companies in the country within a fortnight, observing that SIM (subscriber identity module) cards of Afghan companies had been used in the most cases of terrorism and kidnapping for ransom.

A bench comprising Chief Justice Dost Mohammad Khan and Justice Malik Manzoor Hussain also took exception to the absence of the chief executives of the country’s all cellphone companies despite issuance of the notice and issued their bailable arrest warrants.

It also directed them to produce two surety bonds valuing Rs500,000 each.

The chief justice had taken suo motu notice of the issue of unregistered SIM cards over an application submitted to the court by PHC Bar Association President Ishtiaq Ibrahim.

The bench re-issued its earlier order to PTA, Interior Ministry, intelligence agencies and Federal Investigation Agency (FIA) to block all unregistered SIM cards or those registered in other names and submit report to the court on Oct 23, the date of next hearing.

It ruled that it could no longer allow these companies to play with the lives and properties of individuals as in most of the heinous crimes including acts of terrorism such SIM cards were used.

About Afghan SIM cards, the bench directed PTA to stop the roaming facility to the Afghan companies within 15 days.

PTA was also told to resume the facility for the Afghan post-paid SIM cards after scrutiny and due consultation with the federal and provincial governments.

The bench directed the Khyber Pakhtunkhwa chief and home secretaries, directors general of Inter-Services Intelligence (ISI) and Military Intelligence (MI), director general National Accountability Bureau, director of FIA and provincial police officer to take the issue of Afghan SIM cards seriously, observing that the local cellphone companies had extended the roaming facility to the companies of a country, which was not friendly towards Pakistan.

The chief justice observed that through this act the cellphone companies had put the security of the country at stake. The bench also directed FIA to registered cases under the Cyber Crime Law against Afghans entering Pakistan with unregistered Afghan SIM cards.

Zonal director of PTA Kamran Gandapur appeared before the bench and said the cellphone companies had entered into international agreements for provision of roaming faciliti8es to each other. He added that in such like case they did not need any permission from the PTA.

The chief justice observed that during previous hearing they had denied that any agreement had taken place between the companies and now they had changed the stance.

The bench ruled that the cellphone companies should abide by the laws in vogue in the country and they should be answerable while entering into such international agreements when the security of the country was at stake.

“We can’t allow these companies to play with the future of Pakistan. We can’t keep our eyes close only because of the reason that they have been investing money here. We don’t need such like investment at the cost of lives and properties of people,” the chief justice observed.

About registration of local SIM cards Mr Kamran stated that the said problem had been overcome to a great extent as the companies had now evolved mechanism aimed at blocking the use of unregistered SIM cards.

A representative of one of the companies informed the bench that they had handed over expensive “spy system” and other machinery to the intelligence agencies so that cellphones could not be used in anti-state activities. He said the companies had been taking the issue of the national security very seriously.

He said the court should issue an order that in future, if any unregistered or wrongly registered SIM card was used in any act of terrorism, then the regional head of the relevant company would also be charged in the case.