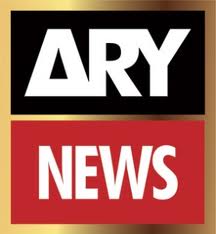 PESHAWAR: Condemning the propaganda by the ARY TV against the judiciary, the Peshawar High Court Bar Association (PHCBA) has banned the channel at the bar room.

Talking to reporters on Friday, PHCBA Secretary General Muhammad Ayaz Khan said the association was going to file a case against Mubashir Lucman, an anchorperson of the ARY channel, for defaming the judiciary.

“We are taking legal action against Mubashir Lucman for defaming the judiciary in his programme ‘Khara Sach’. Some elements are defaming the country’s sacred institution,” the secretary general said, adding that the ARY channel was being used for propaganda against the judiciary. He added that the Pakistan Electronic Media Regulatory Authority (Pemra) should take serious action against the said TV channel.

The PHCBA secretary general said after the historic lawyers’ movement that ended the rule of a military dictator, the lawyers and the media were the victims of a conspiracy.He said an independent media group was also under attack and being maligned by rival media houses. “This is posing a threat to media’s independence in the country,” he opined.