Petition against demolition of Sukkur Press Club building disposed of 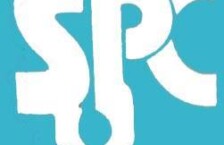 SUKKUR: The Sindh High Court, Sukkur bench, on Tuesday disposed of as not maintainable two identical petitions against the district administration’s move to demolish buildings of the local press club and an Islamic centre standing on the lands of different parks.

Advocate Malano informed the bench that the district administration had served a notice to the Sukkur Press Club asking it to vacate its building to facilitate its demolition under a Supreme Court order regarding removal of all encroachments from state-owned lands.

The counsel pleaded that although the press club building stood inside the Mohammad bin Qasim Park, it served as a public welfare place where aggrieved people enjoyed freedom of expression. Demolition of the building might deprive people of such a vital place.

Advocate Akhund, on behalf of the Sindh Islamic Centre informed the bench that although the institution’s building stood on the land of Ghazi Abdul Rasheed Park, it was a non-commercial entity which was allotted the space by former president General Mohammed Ziaul Haq through Tanzeem Fikr-o-Nazar for “spreading teaching of Islam”. The counsel further informed that the building housed a mosque and a school.

Both counsel prayed to the court to restrain the Sukkur municipal authorities and the district administration from demolishing the buildings.

The bench found the two petitions non-maintainable and accordingly disposed of them.

Meanwhile, Pakistan Federal Union of Journalists (PFUJ) assistant secretary general Lala Asad Pathan and Sukkur Press Club president Jawed Memon on Tuesday spoke to former senator Mian Raza Rabbani and discussed with him possibility of relief if sought from the Supreme Court in this regard.