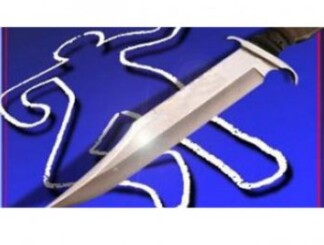 LAHORE: A group of anti-Ahmadi activists and police dragged five members of the community from an anti-terrorist court to a police station and detained them for several hours here on Tuesday.

The police eventually determined that they had not broken any blasphemy or terrorism laws, as alleged, and released them without registering an FIR.

The Ahmadis were attending a hearing at the anti-terrorism court earlier in the day concerning relatives who have also been accused of blasphemy and terrorism offences by printing an Ahmadi newspaper, under Sections 295B and 298C of the Pakistan Penal Code and Section 11-W of the Anti-Terrorism Act.

Shortly after the court granted bail to two of the accused, Tahir and Zarif, some 15 men approached the five Ahmadis and, with the help of the police, snatched their mobile phones and took them away to Mustafabad police station, an Ahmadi who had spoken to the detainees later told The Express Tribune.

“They appeared to be very angry that two people had been granted bail,” he said. “They claimed that one of them had been wearing a ring inscribed with a Quranic verse, and that this was a crime. Apparently they intend to scare people from supporting or representing Ahmadis at trial.”

He said that the SHO had contacted an SP, who had investigated the complaint and then determined it to be baseless.

Hassan Muavia, the complainant in the case being heard earlier at the anti-terrorism court and of the application asking Mustafabad police to register an FIR, said one of the Ahmadis was wearing a ring with a Quranic verse written on it. “He was using the same finger to clean his nose, which is a crime and a sin,” he said.

Muavia, who is also a KNLF spokesman, claimed that the Ahmadis had been filming their movement and sending details of their vehicles to someone via SMS.

He said that the Ahmadis were planning to attack them. He said that the KNLF would move the courts to cancel the bails of the two men granted them on Tuesday, and to direct the police to register a case against the five Ahmadis released without an FIR.

Mustafabad SHO Saeed Sarwar told The Express Tribune that the complainants were harassing members of the Ahmadi community. He said their allegations were totally baseless and that was why they had not registered an FIR.

This is the third time this month that this set of anti-Ahmadi campaigners has sought to register cases against Ahmadis. In another case, seven Ahmadis are accused of violating Section 295B (defiling the Holy Quran) of the PPC and Section-11 of the ATA.

The anti-terrorism court was to hear their bail applications on Tuesday, but deferred them till May 13.