TRIBULATIONS of minorities in Pakistan seem to be unending. Whether they are Hindus in Umerkot, Sikhs in Peshawar, Ahmadis in Gujranwala, Christians in Joseph Colony in Lahore or Shia Hazaras in Quetta, none of them have been able to avert the wrath of our intolerant and bigoted society.

Perhaps, Pakistanis need to revisit the ideological basis of creation of their homeland. The ‘two-nation theory’ demanding a separate homeland was meant for the protection of the rights of a minority community, i.e. Muslims.

However, Pakistan was to be a bastion for all the minority communities of united India. The Quaid himself said: “Minorities, to whichever community they may belong, will be safeguarded. Their religion or faith or belief will be secure. There will be no interference of any kind with their freedom of worship. They will have their protection with regard to their religion, faith, their life, their culture. They will be, in all respects, the citizens of Pakistan without any distinction of caste or creed.”

The current state of minorities in our country is a blot on the very idea of formation of Pakistan and still people like me are sitting in their cosy homes and commenting on their situation instead of doing something practical. The state needs to wake up and develop a multi-pronged approach to tackle the issue.

A narrative that all people are equal before the state of Pakistan, irrespective of their religious beliefs, needs to be developed and propagated. Similarly, school books which spew hatred against Hindus need to be revised because children have an impressionable mind. There should be a ban on all types of hate speech being propagated through loudspeakers in mosques.

Loudspeakers should only be used to issue call for prayers and, as in Saudi Arabia, even the sermon before Friday prayer should be monitored by the state. Finally perpetrators of assaults on minorities need to be brought before the law and an exemplary punishment should be meted out to them so that no one can dare attack our brothers who form minority groups.

In the end, I on behalf of all sane Pakistanis apologise to the minorities, because we have failed to perform the role of the majority community as envisaged by our Founding Father, the Quaid-i-Azam. 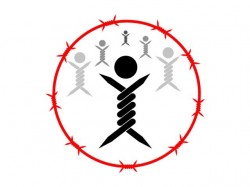