Permission sought to take over Sukkur Press Club, ATC buildings ahead of demolition 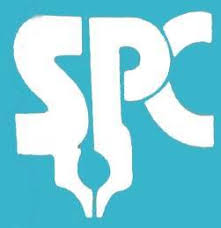 SUKKUR: The Sukkur municipal commissioner has sought permission from the competent authorities for the takeover and eventual demolition of the Sukkur Press Club and Anti-Terrorism Court (ATC) buildings, built on amenity plots, in pursuance of the relevant orders of the Sindh High Court.

The Sukkur Municipal Corporation vide its letter No. SMC/AEB/16 dated Feb 21, 2019 requested the Sukkur commissioner and the deputy commissioner to allow it to take over peaceful possession of the press club building from its office-bearers so that the SHC order for the removal of encroachments from the Mohammed bin Qasim Park could be executed.

The letter also sought permission to take into custody the furniture, fixtures and all other articles, maintaining that the construction of the building was carried out and the articles present there were procured with the finances provided by the provincial government.

The municipality has informed the authorities through the letter that it had already chalked out a plan to remove all illegally raised structures from within amenity plots in line with the SHC orders. It acknowledged that the press club office-bearers had filed a constitutional petition in the high court against demolition of the building. It also referred to certain other petitions against demolition of other structures filed by their respective occupants and they had since been rejected/disposed of.

Police-Rangers escort to ward off any eventuality urged

For taking over the possession of the Sukkur Press Club properties, the municipal commissioner has urged the commissioner and the deputy commissioner to arrange for assistance of police and Rangers personnel to the municipal corporation officers, anti-encroachment teams and other people to be engaged for the operation so that the issue of any law and order situation could be addressed.

The municipal commissioner has sought the competent authorities’ advice/guidelines regarding taking into custody the immoveable property of the press club and handing over of the same to the relevant department.

Through its other letter No. SMC/AEB/13 of the same date, the municipal commissioner has sought permission from the Sukkur ATC judge to get the court’s building vacated.

The court building is to be demolished, as per the high court orders, as it also stood on an amenity plot, ie Ghazi Abdul Rasheed Park. Several private buildings, shops and other structures within the park have already been demolished during the ongoing anti-encroachment operation.

The occupant of one of such buildings was the Pakistan Telecommunication Company Ltd (PTCL), which had been running its offices on the park’s land for quite some time. The other structures were an Islamic centre’s school, bungalows, shops, stalls etc.

The Sukkur Municipal Corp­oration has to submit with the SHC Sukkur bench a compliance report regarding implementation of the high court’s relevant orders upon completion of the anti-encroachment operation to clear parks, which come under category ‘Z’ of the municipality’s list of properties, of all encroachments.