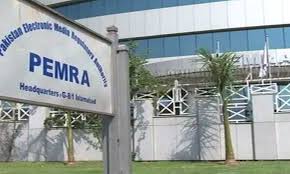 ISLAMABAD: Chairman Pakistan Electronic Media Regulatory Authority (Pemra) Muhammad Salim Baig, while discussing about the future plans of the authority, said that the process of formulating regulations for OTT (Over the Top) and Web TV is underway, and meeting in this regard has also been held with other regulators like PTA for devising a policy. Albeit, a committee comprising officers of the authority has also been constituted with the mandate to formulate draft regulation till 28th February, 2019. Meetings of this committee are being held on daily basis in order to meet the deadline.

The chairman Pemra while talking to senior correspondent of Daily Jang and The News said that Pemra is determined to introduce new licensing regimes for the upcoming technologies that includes OTT, Web TV etc., so that emerging technologies could be introduced in Pakistan through which the developed world is getting benefits and such initiatives would make Pakistan more progressive. He further added that Pemra has also commenced process for award of five (05) Teleport Licences and it is hoped that these licences would be issued by the end of this month. After issuance of these Teleport Licences, satellite TV channels would be able to up-link its signals at a lesser cost.

While talking about the DTH licence, the chairman Pemra said that DTH licence will be awarded within this month. This project would bring approximately 500 million dollars investment in Pakistan and generate employment for almost 10,000 people.

Pemra in December last year had invited applications for satellite TV channel licensing in seven categories i.e. news & current affairs, entertainment, sports, health, agriculture, regional languages and education and deadline for submitting applications was February 6, 2019. He added that the process for issuance of 70 new satellite TV channels will be completed soon and licences to the successful companies after the bidding will be awarded in a couple of months. Along with that, issuance of 70 new satellite TV channels’ licences will result in billions of rupees investment in Pakistan and will guarantee more employment opportunities in the electronic media industry.

While talking about the regulatory functions and activities of Pemra, Muhammad Salim Baig said that since his appointment as chairman Pemra, the authority has taken 170 different actions against satellite TV channels for violating different Pemra Laws and Electronic Media (Programmes & Advertisement) Code of Conduct, 2015. These actions include fines imposed on five different TV channels for airing derogatory comments/language, hate speech, fake news, excessive foreign/Indian content and indecent advertisements. He emphasised that all the actions taken during this period were not only non-discriminatory but were also taken on fair grounds and without any prejudice.

While answering a question, Baig said that throughout Pakistan almost 2,859 number of surprise inspections of cable operators and networks were conducted and the number of cable operators in Pakistan have reached 4,700 and during these inspections 14,252 illegal Indian DTH equipment, LNBs and other C-Line related equipment was seized by the Pemra field staff. Furthermore, 59 different FIRs were registered against those involved in these illegal activities, and around 1,272 Indian TV channels were off-aired from cable TV networks throughout Pakistan.

Saleem Baig expressed his unequivocal commitment to curb proliferation of Indian DTH in Pakistan. For this purpose, he said that Pemra has constituted teams comprising representatives from Pemra, FIA, Customs Intelligence and police in all the provinces of the country. These teams are conducting raids in markets and warehouses where illegal Indian DTH is being sold or stocked. Equipment being used for the purpose is being impounded and FIRs being registered against persons involved in illegal business in Pakistan.

Pemra and other law enforcement agencies of Pakistan are committed to eliminate the menace of Indian DTH as well as ingress of Indian culture/values in Pakistani society, which is threatening the Urdu language and polluting innocent minds of Pakistani youth. Besides, Pemra is in dialogue with Suparco, PakSat and other international satellite operators for developing a synergy for combating invasion of illegal Indian DTH in Pakistani footprint, effectively.

While responding to a question about the licensing activity carried out during his tenure so far, chairman Pemra informed that after assuming the office of the chairman, the authority has conferred licences for 08 FM radios, 05 satellite TV channels, 07 Landing Rights Permissions to foreign satellite TV channels, 05 IPTVs (Internet Protocol Television) and 03 mobile TV.

While talking about digitisation of cable TV networks across the country, the chairman Pemra said that the authority has announced December 2019 as the final deadline for conversion of analogue cable networks to digital technology so that better quality cable services could be ensured to public. During the last six months, 90 licences were awarded for cable TV networks. Majority of the licences were issued in Gilgit-Baltistan, Khyber Pakhtunkhwa and rural areas of Sindh and Punjab. The purpose is to ensure that education, information, sports and entertainment reached every nook and corner of the country and a healthy and informed society is developed, which could play productive role in the development of country.

The chairman Pemra stated that the authority has taken a landmark initiative by starting registration of Television Audience Measurement (TAM) Rating Services companies. In a short span of time in consultation with all the stakeholders of media industry and advertisers, TAM regulations were formulated, which were subsequently endorsed by the Honourable Supreme Court of Pakistan. So far, Pemra has registered five companies for providing TAM services in Pakistan, whereas five applications are still under process. With this initiative, a new era in media industry has commenced and monopoly of a rating agency has been subverted. The objective of regulating ratings is to provide state-of-the-art rating services to media industry and advertisers which are transparent, unbiased and offer variety of quality services to their clients.

Muhammad Saleem Baig also said that the existing monitoring set-up at headquarters was established in 2013. This set-up has the capacity to monitor 50 channels only and does not cater to authority’s requirement as the number of licensees has been grown significantly during the last few years and will increase more, in near future. Therefore, Pemra with the support of federal government is upgrading its monitoring setup, in-line with the international standards. The new monitoring apparatus would be capable of monitoring 250 satellite TV channels 24×7 and this project would cost rupees two hundred million.