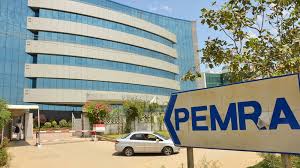 PEMRA sent letters of ‘advice’ to Aab Taak news and Bol News for airing anti-military and anti-judiciary comments. Aab Taak news found itself in trouble over the programme “Tonight with Fareeha” in which one of the guests, Saddique ul Farooq, allegedly passed derogatory remarks against the armed forces of Pakistan.

The other news channel, Bol News, was criticised for their programme “Tajziay Sami Ibrahim kay saath” in which a guest, politician Ch Jaffar Iqbal, made offensive comments regarding the judiciary.

The notification was among two other notifications of ‘advice’ issued by the media regulatory body, one of which had regarding pundit Orya Maqbool Jan’s ‘derogatory remarks’ against Meesha Shafi, and the other about smoking scenes in a television drama aired by Pashto 1.

The news channels have also been advised to have more robust editorial oversight and to utilise time-delay mechanism properly, so that abusive and undesirable foul language could be averted during the programmes.

While the letters are not even an official warning, PEMRA has specifically pointed out in their letters that they have “time to time advised News and Current Affairs Satellite TV Channels Licenses to refrain from airing any content which is in violation of Electronic Media Code of Conduct 2015.