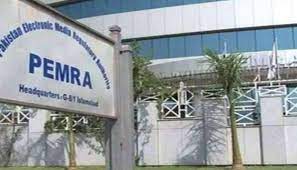 Pakistan Electronic Regulatory Authority (Pemra) on Wednesday issued a showcase notice to ARY News (ARY Communications Limited) over a fake news claimed by the analyst Chaudhry Ghulam Hussain that he met COAS and attributed a statement that embezzlement of US$9 billion was committed in CPEC projects by the then PMLN government led by Prime Minister Nawaz Sharif in federal and Shehbaz Sharif in Punjab.

In a notice, Pemra said that the statement was claimed by the analyst in a program “The Reporters” hosted by Ms. Maria Memon aired on May 31, 2022 at 7:05pm on ARY News.

The notice reads, “During the talk show, Ch. Ghulam Hussain referred to one of his personal meeting with COAS, attributing a statement to him regarding embezzlement of US $9 Billion by the then Prime Minister of Pakistan Mian Muhammad Nawaz Sharif and Chief Minister, Punjab Mian Muhammad Shahbaz Sharif from the total aid of US $19 Billion given by the government of People’s Republic of China to the government of Pakistan for CPEC Project.”

“Moreover, conduct of the Anchor was very unprofessional as she intentionally brought this issue under discussion out of blue with sheer malafide and became instrumental to spread of FAKE NEWS through her programmer.”

The Pemra showcase notice also issued the transcript of the referred program.

Pemra directed the Chief Executive Officer (CEO) of ARY news is hereby directed to show cause in writing within seven (07) days as to why, legal action, including inter alia prohibition of programmer, imposition of fine, suspension and revocation of license under Section 27, 29, 30 and other enabling provisions of PEMRA Ordinance 2002 as amended by PEMRA (Amendment) Act, 2007 shall not be initiated.

The CEO of ARY News is further directed to appear (in person or through an authorized representative) for personal hearing on June 8th at 11:30 a.m. at PEMRA HQs, Islamabad along with written reply.

Moreover, in case, an authorized representative appears for personal hearing, must have an authority letter (issued by the C.E.O or Company Secretary) duly supported by Board Resolution of the Company.