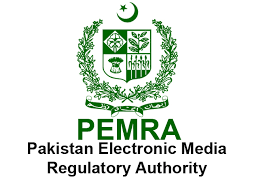 ISLAMABAD: Pakistan’s electronic media watchdog has said it intends to enlist the defence ministry’s help in getting residents in cantonment areas and army-run housing societies to give up use of illegal Indian DTH service.

“For imposing a ban on use of the DTH, Pemra will seek the defence minister’s support to discourage its use in these areas,” Alam said, adding that Pemra officials could not go inside cantonment areas or army-run societies as they have their own by-laws.

“Through the defence minister, we could appeal to the heads of these areas to kindly encourage residents of these societies to voluntarily stop watching Indian content and support their nation,” he said.

He claimed the money paid for availing illegal Indian DTH service was going to India and helping to boost its economy.  They should consider sensitivity of this issue and stop watching Indian content, he said.

“Given the ongoing tensions between the two nuclear armed nations and India’s cross-border firing which has claimed many innocent lives, Pemra has decided to impose a complete ban on airing Indian content,” he said Alam. “The ban will continue until India lifts a ban on airing Pakistani content.”

Pemra, according to Alam, is all set to introduce Pakistani DTH service to replace the illegal Indian DTH service. “It will help to promote the Pakistani media industry, generate revenue to boost economy and strengthen patriotic spirit among people,” he said.

Alam said out 12 companies have been shortlisted to participate in the bidding of DTH service licences which is going to be held on November 23.

“Three of these companies will be issued licenses for starting Pakistani DTH service and after security clearance they will start the process,” he said.

Alam said there was a certain lobby that had vested interest and which was trying its best to cause a delay in introducing Pakistani DTH in order to allow Indian DTH. He further appealed to the advertisement industry to take notice of those ads in which Indian actors are used.

“They should also consider banning Pakistani actors and actresses working in India,” he suggested. On the occasion, Alam announced that FM radio license will be issued to the National Press Club.

The Nation: Pemra shortlists 12 firms for bidding of DTH licence

The News: Pemra gives a firm no to Indian media content