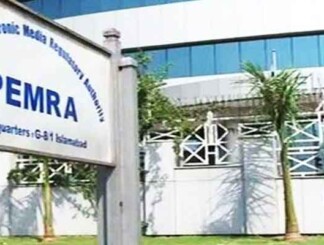 159th meeting of PEMRA Authority held on Monday in the chair of Chairman PEMRA Muhammad Saleem Baig at PEMRA headquarters.

It is also worth mentioning here that Virtual University since last 15 years has been providing educational facilities for youth in the country after being awarded non-commercial Education Category license.

The authority also decided to link licensing issue for new TV channels with Key Performance Indicators in future and in this regard, relevance regulations will also be decided in heading of a committee comprising of three members.

The PEMRA authority also decided that already issued licenses being owned by various TV channels and channels willing to take new licenses should have to go through strict key performance indicators (KPIs).

The authority also decided that decision regarding all such pending applications have been deferred for the time being until the mechanism in this regard is finalized.

The PEMRA authority also expressed resentment on part of a TV channel for subsequently targeting an ethnic group and instructed owners of all TV channels to ensure respect and honour for all ethnicities residing in Pakistan.

Member PEMRA from Balochistan Farah Azeem invited attention of the meeting on prevailing content of TV dramas being on aired at various private TV channels.

Other members including Safia Malik, Faisal Sher Jaan also endorse and support the issue raised by Farah Azeem in this regard on content and topics of TV channels dramas.

The authority decided unanimously to draft an explicit strategy for content and topics of TV dramas, which would be implemented from all private TV channels regarding their content for on aired TV dramas.

TV channels Will be held responsible to ensure content and topics of TV dramas in accordance of social, Religious, moral and societal values of Pakistan.