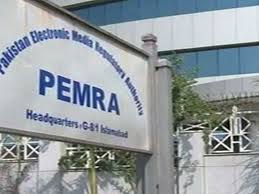 ISLAMABAD: The Pakistan Electronic Media Regulatory Authority (Pemra) has put a 30-day ban on the broadcast of Harf-i-Raaz, a programme of Orya Maqbool Jan on Neo TV, for violating the Pemra Ordinance, 2002 and several other rules.

Neo TV was issued a show-cause notice on Dec 7 for violating several laws and directives of the Supreme Court and high courts over the content of the programme hosted by Jamil Farooqi and Orya Maqbool Jan that was broadcast on Dec 4 at 11.05pm.

In the programme, Mr Jan talked to a spokesperson for Afghan Taliban by telephone and solicited his views on the national and foreign policy of the government of Pakistan.

Pemra also issued a show-cause notice to the TV channel on Dec 12 for the same programme in which Mr Jan made insulting remarks against Pakhtuns.

As the TV channel failed to respond appropriately to the show-cause notices, the electronic media regulator suspended the programme for 30 days, according to an official statement.