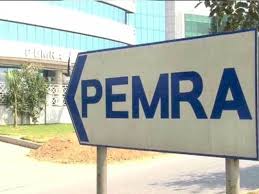 ISLAMABAD: The Pakistan Electronic Media Regulatory Authority (PEMRA), in a bid to curb the menace of illegal Indian DTH proliferation in Pakistan, Thursday held a ceremony to destroy thousands of illegal decoders, receivers, dishes and computers being used in illegal cable networks confiscated and impounded by the enforcement teams of its Regional Office Lahore during crackdowns.

Thousands of illegal Indian DTH, C-Line equipment’s etc. were destroyed and several cases were registered against those, involved in illegal activities.

Speaking on the occasion, the PEMRA chairman said availability of Illegal Indian DTH was a potential threat to Pakistani DTH as well as economy.

The sphere of crackdown, he said, would be extended to cable TV operators who were promoting this illegality by accessing illegal channels through Indian DTH or other illegal means.

He said the Authority was committed to implement orders of the Supreme Court in letter and spirit so that social, cultural, religious and ethical values of Pakistan were protected.

Saleem Baig said the launch of Pakistani DTH had been delayed due to the pandemic. The local DTH, which would be launched by the end of current year, would help create jobs for thousands of people, besides injecting investment of billions of rupees in the country’s economy.