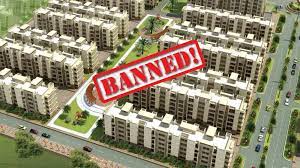 LAHORE: On the concern shown by the Lahore Development Authority (LDA), the Pakistan Electronic Media Regulatory Authority (Pemra) has banned the advertisement of unapproved, under process and illegal housing schemes located in Lahore district.

In a notification issued on February 25, Pemra asked all broadcast and print media and distribution service operators not to entertain advertisements from illegal housing schemes, disclosed sources on Tuesday.

The notification stated that LDA had approached the Authority with their concern about the advertisement of unapproved, under process and illegal housing schemes/land subdivisions without obtaining proper ‘NOC of advertisement’ from them.

Moreover, the LDA pointed out that sponsors, developers, property agents and advertising agencies are also not mentioning the details (mortgaged plots, blocks, total residential and commercial plots, NOC diary numbers, etc.) through the electronic, print and social media platforms and thus they are deceiving the public. Through deceptive advertisements, they are enticing people to purchase plots in illegal private housing schemes.

Hence, the source said, Pemra has taken steps to maintain a proper check on the illegal advertisement and other such fraudulent practices, and subsequently to protect the interest of the general public. It has asked all broadcast and print media and distribution service operators to ensure that all the sponsors or developers of housing schemes present the NOC for advertisement with the release of any advertisement for any channel of electronic media, newspapers, media houses and any other mode of advertisement.

“All the sponsors are bound to present the NOC number in their advertisement as per directions of the Lahore High Court,” the sources said. Moreover, the sources added, it has made a QR-Code mandatory for any future advertisement to be linked with the official website of LDA; this will enable a buyer to scan the QR-Code and check the details of a housing scheme.

Pemra also asked the broadcast and print media, and distribution service operators to ensure that sure that all the publicity material and advertisements meet the criteria for publicity as described in para (3) of Rule-45 of the LDA Private Housing Schemes Rules 20l4.