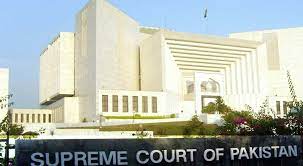 Official appointments made behind closed doors are suspicious because they open the door for potential partisan patronage, ruled Supreme Court of Pakistan (SC) in the verdict of Pemra’s appeal against the ARY Communications Ltd.

Justice Syed Mansoor Ali Shah wrote in the judgment that an open selection procedure prioritizes competition and aids in the discovery of the best candidates for positions like the chairman and members of the Council of Complaints (CoC) of the Pakistan Electronic Media Regulatory Authority (Pemra).

The issue at stake centers on whether or not honorary appointments to public offices, such as the chairman and members of the CoC, should be made after the seats have been advertised.

According to Justice Shah, public sector appointments must be made in accordance with the constitutional requirements of equality and nondiscrimination.

The court’s ruling highlighted that neither the Pemra Ordinance nor the Pemra (CoC) Rules 2010 clearly provide for CoC appointments to be made through public advertisements.

The aim is that CoC will be made up of “respected, qualified, and experienced members of society” who will operate independently with the help of Pemra and respond to grievances brought up against distributors of broadcast media.

According to the ruling, any qualified individuals found during the executive search may be contacted with the possibility of sitting on the CoC.

The decision stated that the most qualified candidates should be chosen from the combined pool of applicants, regardless of whether they were discovered during the government search or applied in response to an advertisement. All candidates will be “assessed against an objective criterion” that may relate to conduct, reputation, credibility, integration, and professional excellence.