Pakistan Business Council (PBC) has proposed to the Federal Board of Revenue (FBR) to get cancelled Computerised National Identity Cards (CNICs) and passports of the undocumented persons, whom notices were issued and returned as ‘unknown’ to ensure compliance by potential taxpayers.

Sources told Business Recorder on Saturday that the PBC, representing 45 largest private sector business groups including multinationals in Pakistan has submitted budget proposals to the Federal Board of Revenue (FBR) for 2014-15. The PBC has also requested FBR Chairman Tariq Bajwa to convene the first meeting of the FBR-PBC Joint Working Group.

According to the PBC proposals for raising tax-to-GDP ratio, existing situation revealed that legislation was done to bar the announcement of Amnesty Schemes like the Tax Amnesty 2012. Identification of potential taxpayers via use of “third party” databases has already been done by the FBR. Notices need to be issued and those whose notices are being returned as ‘unknown’ should have their CNICs and passports cancelled to ensure compliance. Direct Action would be much preferable to an amnesty.

Presently, a very low taxpayers’ base (about 1.0 million with a population of about 170.0 million) exist in the country. The filing of tax returns be made mandatory for persons who have a credit card in their name; have taken a personal loan from any financial institution; travelled outside Pakistan during last financial year; members of a private club and own urban property of more than 240 square yards or equivalent or an apartment with covered area of more than 1,500 square feet.

For manufacturing units and retail wholesale trade currently not in the tax net, following is proposed: Registration of units with the tax authorities which have either a commercial or an industrial utility connection. For retail outlets operating with domestic utility connections, the minimum size of 500 square feet is recommended for registration. All this information is easily available and will lead to greater documentation of the economy, hence greater tax collection.

The Council said that the formal sector in Pakistan faces an unfair competition from the undocumented sectors of the economy. Pakistan Business Council (PBC) supports an across the board implementation of the Value Added Tax (VAT).

It further proposed that the real estate developers should be taxed on a per square foot basis for built up property and a per square yard basis on land developed for sale. However, houses constructed on plots of less than 100 square yards or equivalent and apartments with a covered area of less than 800 square feet as well as developed plots of less than 120 square yards in residential areas should be exempt from tax. This should only be available if the taxpayer does not already have a house, plot or apartment registered in his name.

To provide a flip to the organised real estate sector the CVT and stamp duty should be rationalised as referred to in the National Housing policy 2001. There is no rational for keeping the sector outside tax net. Pakistan Business Council proposed that the biggest element of corruption in sales tax is “refunds,” these are arising in zero-rated as well as normal tax regimes, where the supplier purchases invoice without any supply, and these are commonly known as flying invoices. In order to curb this, the legislature has introduced section 8(1) (ca) & 73 and made changes in registration rules. However, these are creating hardship for the genuine businesses as well. In order to reduce the risk of claiming inadmissible input tax, the use of electronic invoicing should be promoted in compliance with chapter XIV of the Sales Tax Rules, 2006. The invoices issued by the supplier will be transmitted electronically to the buyer and FBR simultaneously. Further, the sales tax return will also be updated on real time basis. The process will also be helpful for companies which have a large customer/consumer base.

Taxation under the normal tax regime will lead to increased government revenues while at the same time help increase listings. A bias in favour of the listed sector will lead to greater documentation of the economy. The PBC has also proposed measures to deal with the issue of across the board massive under invoicing, dumping of imported products. It is proposed that depending on industry input, values are fixed for import consignments; basis of valuation can be origin, weight, volume etc. For items prone to under invoicing and misdeclaration designate one or two ports (including the dry ports) for clearing of import consignments. This will allow better monitoring of the import consignments.

It further proposed that the governments of Pakistan and Afghanistan have signed a new Transit Trade Agreement in 2010. The new agreement has done away with the provision of a negative list while at the same time most of the mechanisms’ suggested for misuse of the transit trade including; quantity restrictions, collection of customs duties etc. not been incorporated in the new agreement. Pakistan needs to take a more proactive approach in ensuring that the provisions in place for monitoring misuse of the new APTTA including the provision of submission of bank guarantees equivalent to GoP levies are collected on Afghan imports. Making “smuggling” under the guise of “transit” less feasible will reduce pressure on domestic manufacturers while at the same time increase the government revenues, PBC said.

Presently as per Section 65A every manufacturer, registered under the Sales Tax Act 1990, is entitled to a tax credit of 2.5% of tax payable from a tax year, if 90 percent of his sales are to a person who is registered under the aforesaid Act. A similar facility is not available on purchase from registered persons. It is recommended that the following new section be inserted in the Income Tax Ordinance, 2001.

Section 65AA: Every manufacturer registered under the Sales Tax Act, 1990 is entitled to a tax credit of 2.5% of tax payable from a tax year if 90 percent of his purchases are from a person who is registered under the aforesaid Act during the said tax year. This will encourage greater documentation, as companies will have an incentive to purchase from the registered persons.

The PBC has also proposed measures for strengthening enforcement regarding collection on withholding tax/sales tax regime and audit. A significant area of revenue leakage; it is estimated that a substantial amount under sales tax and WT is collected but not deposited in the Treasury each year. Better enforcement for large withholding agents can generate a significant amount with relatively little effort. 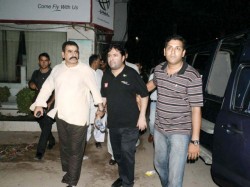 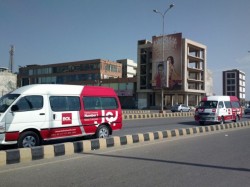 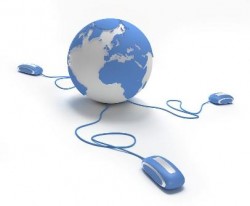