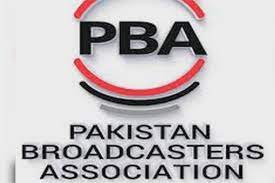 “The PBA condemns the acts of a certain media house, that is not its member and has a history of running malicious, unethical, and fabricated content targeting other media-houses, media-buying houses, and advertisers, of running a campaign against PEMRA, i.e. the regulator, and its chairman, in retaliation to the action taken by the regulator against the illegal actions committed by it,” said a news statement received here.

It said the PBA believed in the rule of law and independence and integrity of institutions that had been assigned to uphold and implement the law.

“If that particular media house believes that the regulator has wrongfully held it accountable then the proper recourse should be to approach the court of law for the redressal of its grievances rather than to harass and ridicule the regulator by airing unbridled content targeting the regulator,” the PBA added to its statement.

It explained that the appointment of the incumbent Chairman of PEMRA was made by following a process, outlined by the apex court.