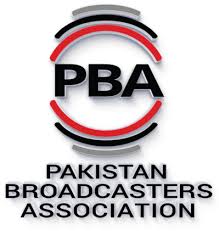 ISLAMABAD: To avoid litigations between bank customers and tax officials, banks have asked the Federal Board of Revenue (FBR) to include a clarification in the Income Tax Ordinance, 2001, through Finance Bill, 2020, that withholding tax (WHT) exemption certificate would not be required where exemption under Second Schedule (Exemption Schedule) or any other provision of the ordinance is provided.

According to the proposals of the Pakistan Banks Association (PBA) to the FBR for budget 2020-21, the issue is that the law under the Second Schedule exempts certain transactions and persons but while monitoring of WHT commissioner asks for exemption certificate under Section 159 of the Income Tax Ordinance. The proposed clarification in the income tax law would provide clarity to avoid unnecessary litigations on withholding tax matters where exemption is already provided in second schedule or the other provisions of the ordinance, but taxation authorities required exemption certificates to allow the expense.

Banks have also proposed to the FBR that the restriction of setting-off of tax depreciation to the extent of 50 percent of taxable business income should be abolished in coming budget (2020-21).

The proposals of the PBA further revealed before the amendment made through Finance Bill 2018, while computing income from business, the unabsorbed depreciation and amortization on fixed assets and intangibles from prior tax years were allowed to be adjusted/absorbed against business income for the year. Any depreciation and amortization not completely absorbed/adjusted were allowed to be carried forward infinitely until these are fully adjusted.

This has provided a fair benefit to taxpayers and especially to those taxpayers who have substantial unabsorbed depreciation and amortization due to operating losses or heavy infrastructure investment in lieu of business expansion.

However, amendment through Finance Bill 2018 has disturbed this longstanding model by knocking down the allowability of full amount of unabsorbed depreciation against taxable income and instead allowing it to the extent of 50 percent of business income (except where the taxable income is up to Rs10 million or below).

Resultantly, those taxpayers who already have higher amount of unabsorbed depreciation and amortization are not able to fully adjust their taxable income and since only 50 percent of their income is allowed to be adjusted, they would then be working out corporate tax liability.

Currently, taxpayers having unabsorbed depreciation and amortization are already subject to payment of minimum tax despite having being losses or low taxable income.

However, based on this amendment, they are now ending up paying corporate tax liability higher than minimum tax.

The PBA has also raised the issue of the reduced rate of tax on additional advances for micro, small and medium enterprises.

Clause 7D of Seventh Schedule reduced rate of tax on additional advances for micro, small and medium enterprises allowed in Seven Schedule of ITO, 2001, which is applicable for commercial banks.

Microfinance industry is out of scope of seventh schedule hence unable to avail benefit of reduced rate of tax.

As the microfinance industry is working under the Microfinance Institutions Ordinance, which is in place to provide advances to micro and small enterprises as one of the main activities.