Pashteen says campaign on social media begun to malign them 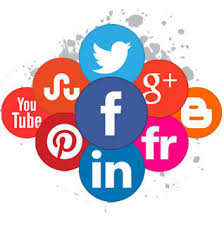 Islamabad: After an attack and subsequent clash between troops and activists at a security post in northern Pakistan, organisers of a rights movement say a campaign of intimidation against them has intensified, with many top leaders detained.

The military denies a crackdown against the Pashtun Tahaffuz Movement (PTM), but says it is acting against lawbreakers.

Manzoor Pashteen, the PTM’s figurehead, said he has seen his closest aides detained. Two lawmakers who are part of the group’s leadership have also been arreted.

“In the past, they wanted to stop protests. Now they want to stop the movement,” Pashteen, who says he is the only member of the group’s core leadership not in custody, told Reuters. “They have directly arrested the leadership and begun a campaign to malign them (on social media).”

The military press wing said there was no campaign against the PTM and that security forces had acted within the law.

“A few individuals are trying to incite Pashtun youth in a post-conflict environment, exploiting the ethnic/ linguistic angle,” the military’s spokesman, Major General Asif Ghafoor, told Reuters in a statement.

“Whereas the state is responsible to address their genuine post-conflict care, no-one will be allowed to challenge the writ of the state … a few individuals have been arrested for taking the law into their hands and they are facing legal procedures.”

Kifayat Azad, a close aide of Dawar and Wazir, told Reuters at least 25 PTM members were arrested in the following days of whom 10 have since been released on bail.

In its account of the incident, the army said the protest was aimed at exerting pressure for the release of a “suspected terrorists’ facilitator arrested the other day”. Troops exchanged fire with the protesters when they attacked the check post, it said, adding that three of the attackers were killed.