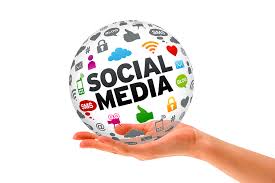 MULTAN – Although electioneering is yet to gain momentum for the upcoming general elections on ground level, social media is abuzz with election hustle and bustle more vigorously as compared to the previous elections.

Social media, which provides a true platform to general public to convey their feelings, sentiments and aspirations to others, has become a useful tool for politicians as well who striving hard to woo the masses as effectively as never observed in the past.

Social media is being used as a launching pad for election campaigning by almost all the major political parties who have developed their websites and have profile pages on popular social networking sites including Facebook and Twitter.

Attractive messages based on political activities are being circulated to drum up maximum support. The parties have also hired the services of Information Technology (IT) experts for this purpose as it is the fastest way of disseminating messages to millions of people simultaneously.

He said although the pictures were often fake but these too have great impact on the minds of the users of social media. The users express their likings or disliking to others thus stirring a debate or exchange of views on the subject.

Chairman Institute of Communication Studies Bahauddin Zakariya University (BZU) Dr Ashraf Khan said the social media was enhancing people to people interaction and hoped that it result in a healthy turn out of voters in the upcoming elections.

Among 8.2 million users of facebook in the country, 70 per cent are male while 30 per cent are female. Similarly, 65 per cent users are from 13 to 24 year of age group. About its impacts, a civil society worker Naeem Iqbal Naeem remarked that social media was prevalent in urban areas only. He, however, stated that Short Messaging Services (SMS) was equally popular in both urban as well as rural areas, adding, both mediums playing an important role in shaping up the public opinion.

“Campaigning through social media was cheapest and cost-effective,” Dr Arfan Jafar, an IT expert said. He said the SMS packages of different cellular companies had expedited the campaigning.

It is believed that the registration of about 40 million voters, most of them are youth, is also the major reason behind the parties targeting social media.

Many things related to social media impacts would be clear after the general elections but its apparent role in election campaigning could not be denied.