One of the rejoicing outcomes of the Paris Agreement on climate change is endowment of due and fair share to adaptation as a key policy instrument of the international climate change policy and as for Pakistan’s contribution in this global exercise, it merits mention that Pakistan played an instrumental role in Paris for securing adaptation that is an essential component of the new agreement.

These views were expressed, during a talk with The News, by UK-qualified Research and Development Economist Bilal Anwar, former office-holder at the United Nations Framework Convention for Climate Change Secretariat in Bonn, Germany that is helping in the implementation of global programme of Clean Development Mechanism of the Kyoto Protocol. Anwar has remained posted in Bonn for ten years and currently, he is affiliated with Centre for Climate Research and Development (CCRD) in COMSATS University, Islamabad. He also participated in the December 2015 Paris moot as a Technical Resource Person in the Pak delegation led by Prime Minister Muhammad Nawaz Sharif.

When asked to explain the Kyoto Protocol and the objectives and achievements of Paris agreement with focus on Pakistan, the expert said, “Broadly, the agreement will be beneficial to Pakistan in dealing with its inherent vulnerability to the harmful effects of climate change as the agreement is based on the principle and ambition of keeping the global average temperature rise between 2 and 1.5 degrees by the end of this century. Low carbon emissions and stabilisation of temperature will diminish the negative impacts on region’s glacial topography on which the survival of Pakistan is so heavily dependent. But at the same time the agreement’s compliance will require a long-term policy perspective aiming at adapting to the inevitable consequences of climatic threats and shifting toward low emission development pathways.

As regards the imposition of global cap on temperature increase, it will require dramatic slow-down of carbon emissions by all countries including Pakistan. Paris agreement has come up with a practical solutions’ package that includes financial assistance, technology transfer and capacity building. In all, these essential and supportive elements of the agreement offer many good opportunities for developing countries. And, they also offer a promising opportunity to Pakistanto fulfill its desperate energy needs through predominantly renewable and cleaner technologies. This would, obviously, require re-designing of our energy policy with clear goals for renewables and having integrated mechanisms of climate finance and technology transfer”.

What did he mean by the term ‘climate finance’? Anwar replied, “With the commitment of 100 billion dollars per year by the year 2020 by the developed countries in place along with presence of policy vehicles of technology transfer, capacity building and loss damage, a lot can be achieved over the period of next 15 years on the adaptation front in Pakistan.

Talking further about the adaptation factor, Bilal Anwar stated, “Adaptation to the climatic impacts has justifiably been one of our key concerns and policy priorities, given our inherent vulnerabilities and low resilience to the prevailing and future threats of climate change.

With adaptation forcefully anchored in the agreement, it opens up opportunities for Pakistan to reach out to internationally obligated technical and financial assistance for undertaking climate-resilient infrastructure development programmes, safeguard our agriculture sector against the new and emerging climatic threats and strengthen our early warning systems”.

Dwelling upon the underlying factors, the expert opined, “Predominantly, climate change is human-inducedand concentration of greenhouse gases is causing erratic weather conditions.”What is Pakistan’s contribution toward global warming or bad climate conditions? To this query, the expert said, “Emissions from Pakistan were miniscule, just 0.8 %. However, we receive the impact because we’re vulnerable, being geographically situated below the glacier. Not only that, our farming community has alsos uffered a lot at the hands of climate change, facing floods, droughts and smog. Even dengue disease’s roots are to be found in adverse climatic conditions, as revealed recently in an American paper presented on climate effects.”

What is the level of research and scientific studies in this area? Answering this query, Anwar said, “Under the United Nations, a full-fledged Inter-governmental panel on climate change is working on a constant footing. It consists of more than 600 scientists whose assessments are considered authentic worldwide. Of late, these scientists have come up with their fifth assessment. Even otherwise, climate change sciences are on a vertical rise. All these are evolving sciences and they include, inter alia, climatology, oceanography, physics and atmospherics etc.

Giving a clear picture of the Paris Climate Agreement, Anwar said, “It turned out to be a historic accord courtesy the grueling negotiations carried out by the nations of the world which finally agreed on this historic and landmark Climate Accord on December 12 last. The Paris Agreement, as its title goes, has been broadly hailed to carry the best chance of addressing the adverse impacts of the climate change for humanity over a long period of time. It is also celebrated to be reasonably balanced in its ambition, scope and obligations for all groups of countries along with required assurances and promises. In this sense, Paris left no one as a big loser and, moreover, the potential for gaining for everyone is very much there. Rather, the Paris agreement largely knocked down the long held divide between rich and developing countries as it imposes responsibilities on everyone. Principle of common but differentiated responsibilities and respective capacities was an intensely debated subject in Paris which consequently got diluted in the final outcome.

Now all member countries that of course include Pakistan, would be under the obligation of more intense, elaborated and frequent reporting of their policy actions and measures associated with their greenhouse gas emissions.”

The News then tried to ascertain the key elements of the Accord. The expert informed this scribe, “Intended Nationally Determined Contributions (INDCs) which we attempted to avoid in the first instance (in the previous moots)are a key element of the Paris Agreement. In compliance, all countries shall have to submit their INDCs periodically and in a more elaborate manner. In hindsight this may sound a burdensome obligation for Pakistan but at the same time it would allow us to frame and align our long-term policy frameworks with the international climate change regime and seek maximum benefits from different international mechanisms, for example: financing, technology transfer, capacity building and most importantly claiming compensations under the loss and damage mechanism for damages being incurred by Pakistan due to climate change-related disasters. The good news is that the agreement recognizes the need for technical assistance to the developing countries for preparing and submitting their INDCs.

The Paris agreement also reflects a shift in approach from previous international climate-related legal instruments. It builds on the principle and understanding that with the increasing intensity and frequency of natural disasters it is in the best interest of countries to take domestic actions to address threats of climate change and align these actions with their international commitments under the agreement.”

Talking about Pakistan’s representation, Bilal Anwar said, “It turned out to be excellent as adjudged by many foreign delegations and groups which extended wonderful cooperation and collaboration to Pakistani group that participated in Paris under the command of Prime Minister Muhammad Nawaz Sharif. Our contingent was not so big like those of other countries but our people had worked hard and went there fully prepared despite limited resources”.

In the end Bilal Anwar opined further: “Paris Agreement will enhance International Emission Trading System which revolves around carbon credits that Pakistan can easily buy with the assistance of voluminous climate finance.”

Bilal Anwar added that in the agreement there are powerful incentives and motivations to policy and decision makers of Pakistan to mainstream climate change in all aspects of the development planning so that we are not only able to meet our international commitments but also to seek maximum benefits from various supporting mechanisms. 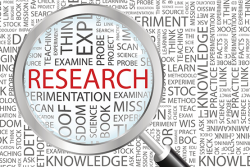 High time to focus on media education and research