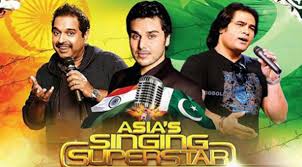 KARACHI: Music is a universal language which is understood by people from different cultures. Music is not just a language, it heals our soul essence. It is given so much importance in the sub-continent.

To hunt a new talent in Asia, “Asia’s Singing Super Star” contest was held for music lovers in Pakistan, India and the UAE.

There was no age restriction for the contestants. The three-month-long competition ended on Jan 31 with a grand finale in which five singers from Pakistan and India competed. Pakistan’s Latif Ali Khan became the Asia’s Singing Super Star. Millions of music fans around the world watched this grand finale.

Pakistan’s Latif Ali Khan and Zubair while India’s Saneha, Sharindhi and Alnikar reached the final, which was won by Latif Ali Khan.

Music fans had got reserved seats in advance to watch the grand finale. Geo TV had widely been appreciated for its efforts to hunt new talent in Pakistan, India and the UAE.

The show was hosted by Ahsan Khan and Shovita Pundit. Earlier, auditions for the competition were held in Pakistan, India and the UAE, in which 16 contestants from Pakistan, India, UAE, Bangladesh, Tajikistan and Philippines qualified for the event.