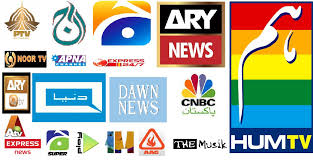 A woman wins her mother-in-law’s heart by using the perfect washing powder to wash clothes, another woman pleases her whole family by using the ultimate cooking oil to cook an entire feast, and yet another woman succeeds in becoming ‘fair and lovely’ after using the most effective skin-lightening cream. A Pakistani television (TV) viewer is bound to come across such advertisements in any given hour of transmission. These advertisements have a way of perpetuating harmful gender stereotypes by portraying women engaged in gender-stereotypical activities.

Advertisements cause people to interpret new but stereotypical images in a preconceived way due to the initial impressions of those activities in their minds. This process is called confirmatory categorisation, a concept taken from behavioural science. For example, Pakistan is a patriarchal society that makes unjustified categorisations of male and female chores and pre-assigns household chores to women. Women are featured in almost all washing powder, cooking oil, toilet cleaner and dishwashing soap advertisements as though women should be the only ones responsible for household chores like doing the laundry, cooking food, cleaning toilets and doing the dishes. A person watching these advertisements thus implicitly associates these household chores with women, reinforcing the pre-existing categorisations of female chores and gender stereotypes that have deep cultural roots.

A fairly recent washing powder advertisement that plays on Pakistani TV channels numerous times a day begins with an economically empowered woman who is a manager of a restaurant. The woman ends up becoming a customer’s daughter-in-law, and the wife of a man who plays no role in deciding who he gets married to, because she advised the customer to use the washing powder Brite to wash a stain off her clothes. This advertisement centres around the idea that buying the perfect washing powder is the way to please a mother-in-law and washing clothes is key to having a good relationship with your mother-in-law – the recipe to having a happy married life. The advertisement ends with the modern independent woman becoming a stay-at-home daughter-in-law who washes clothes using Brite. It implies that no matter how modern and independent a woman may be, she must give up her job after she gets married because in the end, women belong at home and not in the office.

Some of these TV advertisements not only represent women in gender-stereotypical roles but also portray men as the smart ones who are not there to participate in household chores, but only there to instruct women about the right washing powders or toilet cleaners to be used. Wasim Akram’s ‘Ariel Dhulai Challenge’ in another washing powder advertisement is an example of how the man of the house makes all the decisions in a household without having to get his hands dirty at home.

In a traditionally male-dominated society where a father can kill his daughter for not making a ‘gol roti’, advertisements that celebrate the success of a young girl when she makes a perfectly round roti further contribute to the mindset that goes behind such heinous acts. On the face of it, this 20-second advertisement is a simple way to show how a family celebrates a happy occasion with Wall’s Crunchy Butterscotch ice-cream, but it does much more than that. It rationalises the stereotypical mindset that believes a girl or woman belongs in the kitchen while the boy, who is also seen enjoying the ‘gol roti’ made by the girl in the advertisement, does not. The use of gendered roles in such advertisements is an indication of the fact that Pakistani TV advertisements are not ready to leave the women-belong-in-the-kitchen trope behind them.

Pakistani TV advertisements also play a huge role in helping society set unrealistic and inhumane standards of beauty. Whitening creams capitalise on stereotypical notions of beauty and complexion to sell their products, impacting the behaviour of not only men and women, but also young girls in particular. Guilty as charged – every Pakistani girl, inspired by fairness cream advertisements that promise fair skin, uses a whitening cream or soap at least once in her life. Seeing celebrities embrace these products further contributes to a culture of colourism, tapping into the popular mindset that favours fair skin over dark skin. The pressure to have fair skin pushes women to find fair-skinned daughter-in-laws who can uphold the respect of the family by producing fair-skinned children.

Subtle cues used in advertisements can thus, affect people’s perceptions about gender norms by sending signals to people, thereby activating stereotypes. The content of the advertisements and the language that they use play a role in how we treat men and women in our society. TV advertisements may seem insignificant at face value but they shape social norms by signaling gender-based discrimination, leading men to self-select out of household chores and women to tie their worth to their appearance and ability to take care of household chores.

Exposing people to counterstereotypical images in advertisements can help reduce stereotypes by shaping people’s behaviour. For a country like Pakistan, where household chores such as cooking and child rearing are a woman’s responsibilities, a husband making a cup of tea for his wife or taking care of the child, are counterstereotypical images as shown in Tapal’s ‘Tum, Mein Aur Aik Cup Chai’ TV Commercial series. Tapal’s advertising campaign aims to celebrate the modern, independent woman who can work and have an equal role in taking care of her child as her husband can. It also exposes viewers to the idea of a nuclear family, a concept alien to most Pakistani families.

Changing advertisement regulation will not end gender inequality but it can help dismantle the harmful stereotypes that advertisements perpetuate by affecting individuals perceptions of certain roles.